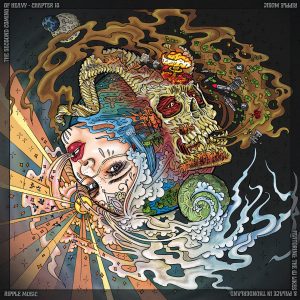 So those familiar with Ripple Music will no doubt have already checked out the earlier installments of this series, The Second Coming of Heavy, and Chapter X is bringing the series to a close.

The W Likes are from Norway, and lay down a cool hand in groovy doom. Not so sure about the name, but each (band) to their own. Hell, I once played in a band called Caesarian Salad, so who am I to throw stones!

The opening track ‘Ghost’ leads the way with a classic sounding doom riff, all dark energy and guttural vocals. The fuzzed-out bass has some excellent-sounding low notes as well.

‘Rerun’ left me with the feeling of been on horseback, and charging into battle. The fuzz bass intro leads into the heaviest groove of the three tracks by The W Likes, and the buzzsaw guitar fits the groove like a glove.

‘Nemeriff’ delves into “epic” territory. Clocking in at 12 minutes + and takes us through an ever changing sonic landscape. Multiple tempo changes, chugging guitars. You name it, they’ll use it in this one, but never seem to waste it. It’s also a great song with a fistful of ballsy riffs and some moody “Barry White” moments that made me wanna turn down the lights. If ya know what I mean….

These dudes run an excellent line in heavy, so give ‘em a shot; you’ll no doubt dig it.

So we move on to Palace In Thunderland.

The first tune is ‘Feeding The Beast’, and is a foot to the floor Detroit – surf rock tune, if that is something that actually exists! A four count on a cowbell leads us off the deep end, with some strong riffs and playing to hold us under. If you like some heavy-gauge wah, this some is sure to impress you. I would not be surprised if the guitarists in PIT, just gaffed wah pedals to their feet and walked around on ‘em all day! Some great hooks and melody give us a mighty rnr tune.

They totally change the station with ‘The Saddest Star of All’. All metal ballad-ish, with some spooky, medieval guitars. Some decent drive to the song, but you could be forgiven for thinking it was a different band! A slow cruise in second for the most part before dropping the clutch to wind things up, and finish with a dirty pummel. Good stuff too, I reckon.

‘Sever The Line’ is a song of two halves, and is built on some mean-arsed metal riffing. It swings between melodic twin guitar lines, and dirty slugfest chords, and the second half morphs into a power metal rhythmic charge. Heavy on the agro too, particularly the vocals, which kinda brought to mind Page Hamilton in delivery.

‘The Endless Cycle’ breeds classic metal with (to my ears) hints of the Joy Division. Got a very English early ‘80s undercurrent, which gives an interesting twist to this song.

So this concludes Ripple Music’s SCOH series, and makes for some great listening too. Enjoy!

Ripple Music’s The Second Coming Of Heavy is available for pre-order now HERE.
The album is released September 13. 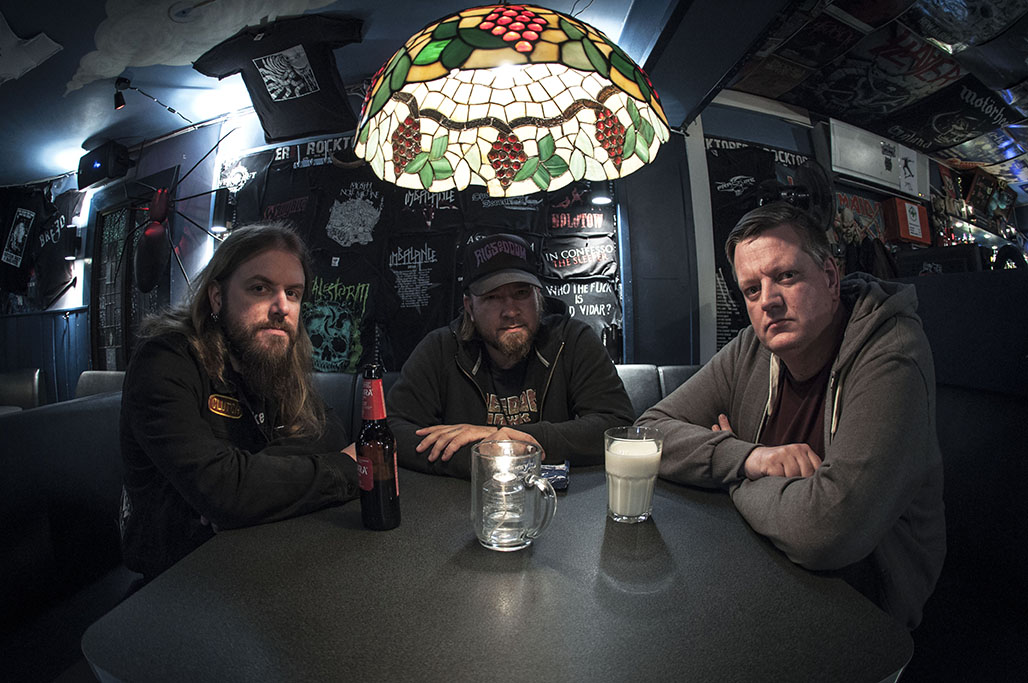