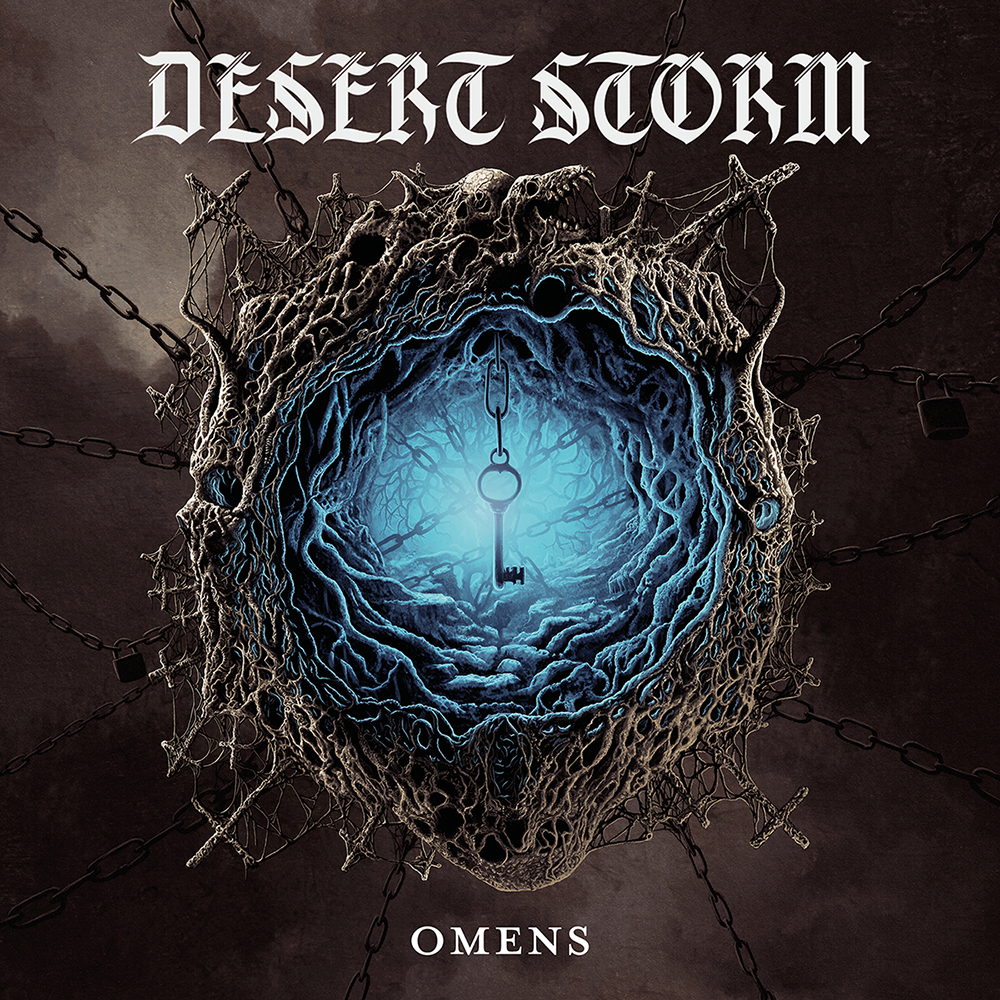 Desert Storm, outta the UK, are a new band for me. And I’ve gotta say, if Omens, their new LP is anything to go by, I reckon I’d dig their prior releases too. They meld metal, grindy-sludge and even some sounds that brought to mind earlier ‘80s post-punk bands like Bauhaus and Joy Division. Everything gets tossed into a fat cauldron, and boiled down into their own brand of chili.

The album is heavy and bleak, but that’s ok. It’s just another instance of art imitating life, and the band mix things up quite a bit regardless. From the melodic guitar line strung through ‘Pain, Grief And Suffering’, which also has some pretty keyboards fluffing out the middle of the song before they stomp back into the heavier side of things, and also ‘The Path Of Most Resistance’, with an almost pop-rock vibe to the guitar riff and also the most dynamic, “composed” kinda track on the record. It was while listening to this song that I picked up on the post-punk element to Desert Storm.

‘Lockjaw’ stood out as the most “fun” tune on Omens, a four-on-the-floor stomper with a great linchpin riff holding things down.

‘Rebirth’, the closing track, is a serious departure from the harsh and abrasive feel of Omens. Spread over an ambient soundscape, they have laid on some interesting vocal harmonies and a lazy acoustic guitar that wouldn’t be outta place on a Chris Stapleton/alt country song, and is an excellent way of closing the door on Omens too.

’80s metal guitar gets splashed around at times, but more often than not it’s just down’n’dirty hard rockin’ slabs of sludge. The songs are grueling and ugly but get the point across. Long songs too, good for dragging out the pain and probably well suited to these hellish times. The vocals are a good fit for the style, although at times I found myself thinking some more traditional rock’n’roll singing would have been a good counterpoint to the darkness. But it’s a minor point, and you should give it a spin or two and decide for yourself.

Desert Storm Omens is out May 1 through APF Records. Available HERE.