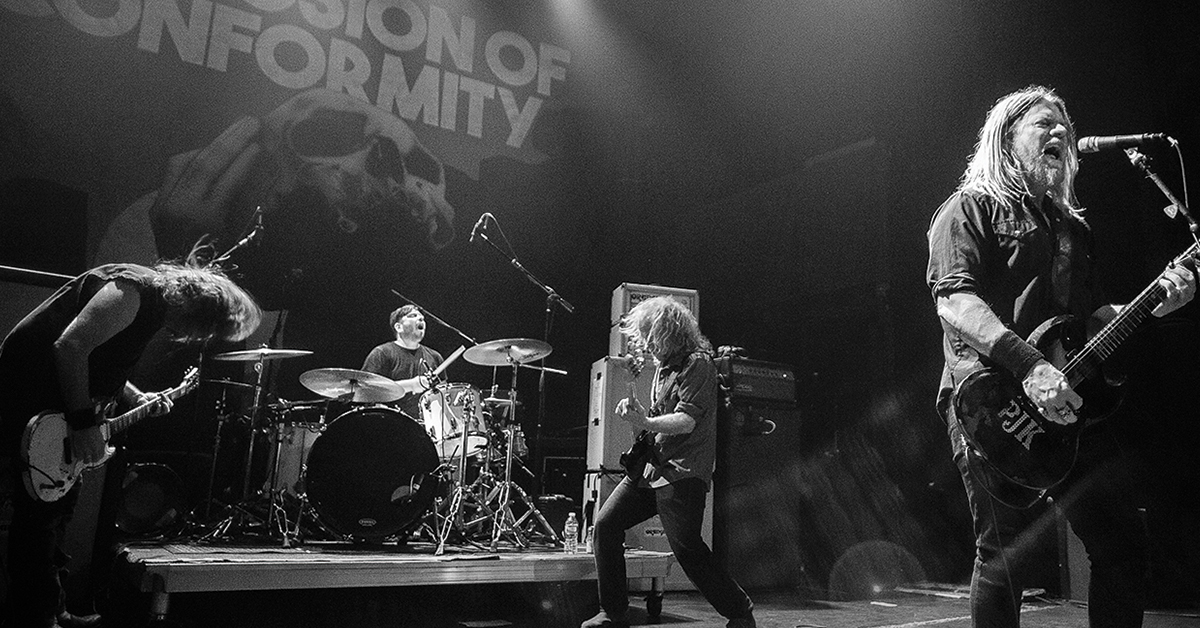 Corrosion Of Conformity have been a heavy rock mainstay for close to 40 years now (albeit whilst going on “hiatus” a couple of times over the course of their existence), starting life in North Carolina as a hardcore band before settling into their Sabbath-fueled grooves and (amidst a variety of line-up changes) cranking out a bunch of excellent LP’s.

2020 sees the band, once more playing as a 4 piece with original members Woody Weatherman (lead guitar – the only constant member of COC), Mike Dean (bass) and Reed Mullin (drums) as well as long-time member Pepper Keenan (rhythm guitar, vocals) who spent some time away from the band but recently rejoined them just in time to record the bands tenth LP, titled No Cross No Crown.

This classic 4-piece lineup of COC return to Australia for the first since 2001, and I spoke with guitarist Woody Weatherman to get the rundown on the band prior to the tour.

El Jefe: After near forty years of playing with COC, what are your thoughts when you look back on it, and did you ever suspect this kind of longevity?

Woody Weatherman: No when we first began, we just wanted to play, you know. Didn’t really give it a lot of thought. We were young and you never seem to think 20, 30 years ahead at that kinda age. But you start hooking up with bands and doing shows and it all just seems to grow from there. We’ve been lucky as well since we have a loyal fan base who have continued to support us and we wouldn’t be able to keep doing it without them. The people who just keep coming to the shows and buying the records. And keeping a young at heart frame of mind helps.

EJ: What would you say was your fave era for the band?

WW: I don’t think we’ve really changed a whole lot. We played faster when we first started out, but after a couple of years settled into the groove, slowed it down and just kept playing the same Sabbath riffs we’d been playing all along. Blind was a pivotal record for us though, which was when we started playing bigger shows and tours.

EJ: Any gig or venue horror stories you’d like to pass on?

WW: Well, we were once booked to play at a pig farm. They set up a stage and everything, but the pigs seemed to like it….

There was also a gig in about ’85 or ’86, a punk gig where we were playing up on the top floor, and had to lug up the stairs. During our set, we thought it was a smoke machine and didn’t think anything of it, kept playing but then discovered it was smoke coming through the air vent from the aircon. It was on the roof and had caught fire, so we started packing up, and everyone started grabbing amps, cabs and drums and carrying them out of the venue. This was a punk gig in the old days and everyone was helping everyone out. We got outside and the roof of the building collapsed in on the band room.

EJ: The band seems to be a roll now, so what are the plans for the next couple of years?

WW: Well, we’ve been on tour for about 18 months, we’ll come home and head out again fairly quickly. We’re hoping to start recording a new album later this year, we’ve always got new songs we want to get out, and we’ll see where it goes from there.

EJ: With a fairly extensive back catalogue to pick from, what can we expect to hear in the set on this tour. New, old or a mix?

WW: Yeah, we’ll be mixing it up a bit. Definitely a few from the new records, but we’ll also play songs from Blind onwards, and y’know, we’ll sometimes take request. If someone calls out for a song, and we’ve got a wild hair up our arse, we’ll play it. 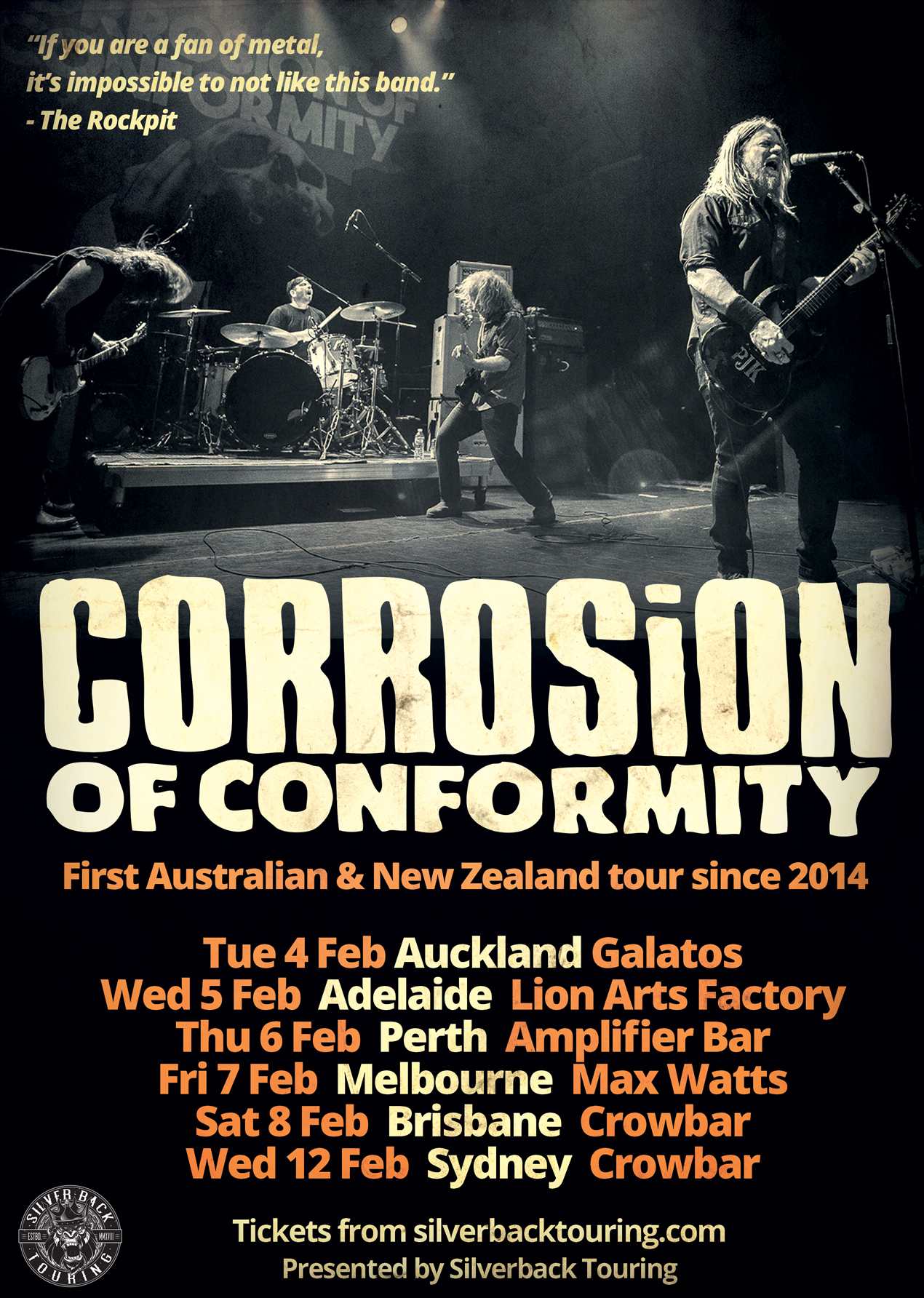