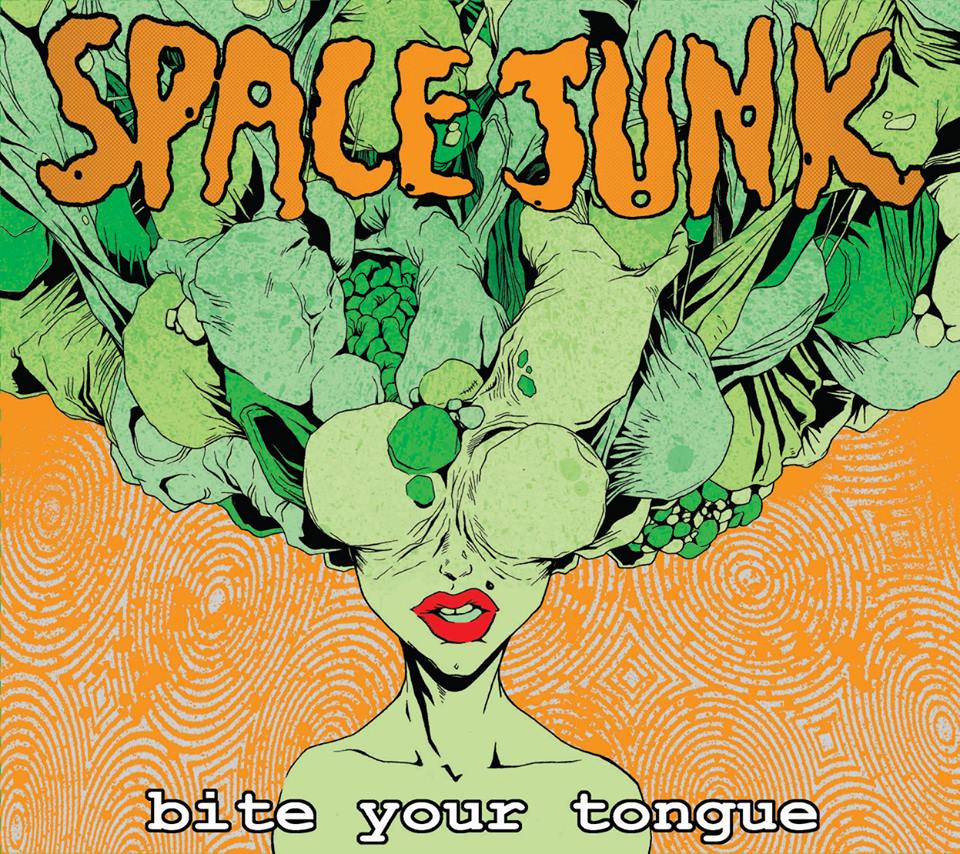 Webster’s Dictionary defines ‘Space’ as “The region beyond the earth’s atmosphere or beyond the solar system” and ‘Junk’ as “Slang: Male genitalia”. These definitions withstanding, the latest offering from Melbourne scuzz-rock quartet Spacejunk is every bit as confronting, fun and perversely entertaining as a thousand half-erect penis’s flailing and jostling wildly in zero-gravity.

Spacejunk’s recorded work plays out a lot like their live set. They pretty much throw you straight in the deep end, no fucking around with softly plucked intros and shit. The atmosphere grows thick in an instant, engulfing you in a fog of violent, chaotic noise. The deep, hellish hum of bass turns your skin to fuzz as the piercing squeal of the band’s collective feedback challenges even the most seasoned of gig-goers to a battle between amp and ear-drum. Under this haze, however, you will find a great deal of musicianship on display. The drum work in particular, is stellar. Sweat drips from every pore of the four-headed rock monster as it thumps, screeches and bellows through the motions of it’s 40-odd minute tirade.

Opening tracks ‘Raised By Snakes’ and ‘Something I Don’t Know’ kick things swiftly into gear, with guitarist / vocalist Mark E Moon leading the pack with his high-ended, Mark Arm-esque wail. For all of their grunge aesthetic though, Spacejunk cut through really clear on record. You can hear everything. Kudos to engineer Matt Duffy on a great heavy-rock mix.

‘Crossing’ is my favourite song on the record. It just fucking pumps. I think it’s the bass line during the verse that gets me. It sounds like the heartbeat of a giant. Betty Righteous (bass / vox) takes the reigns on this one, lending his rough, throaty growl to the lead vocal slot as Moon takes the back seat with a soaring backup vocal, quoting the classic rock refrain “Yeeeeeeeeeeeeeeeeeaaaaaaaaaaaaaahhhhhhhhhhhhhhhh!!!!”.

Side A ends with ‘Warning’, which sees the band slow things down for a weighty, six minute slog. It’s a much needed breather after ‘When It Rains’, which behaves like an AK-47, blasting rapidly in short bursts, stopping periodically only to reload.

As Side B begins with the one and a half minute punk odyssey ‘Quid Pro Quo’ and bunkers down for the demented Western twang of ‘Son Of EH Holden’, you get the feeling that as heavy as Side A was, that was actually their ‘poppier’ stuff. Eugenius (Guitar) adds finesse to these rawer compositions with top shelf shredding throughout.

Ms Righteous returns to the mic with the hilarious ’Better Now’ before The Junks launch into their most controversial track ‘Time Of My Life’, which was shamelessly plagiarised by British rock band Led Zeppelin on their song ‘Good Times, Bad Times’ (who even had the cheek to release it 45 years before Spacejunk had a chance to record it). All pending lawsuits aside, ‘Time Of My Life’ is one of Spacejunks standout tracks. The lyric pretty much sums up the past 10 years of my life in four lines: “I’m sorry I got so wasted / I’m sorry I got so high / I’m sorry I crashed your party / But I had the time of my life”.

The album ends with the aptly titled ‘Death’. You know that real early, heavy as fuck, pre-Bleach Nirvana stuff you hear on With The Lights Out? It’s kinda like that, except it doesn’t sound like it was recorded with a shoe.

In conclusion, Bite Your Tongue’is an exceptional heavy rock album from an exceptional Melbourne band. It takes all the best bits of the late ’80s / early ’90s ‘alternative rock sound’ and runs it through a filter, leaving all the crappy Triple M bits out so you’re left with nothing but the proper, Grade A filth. 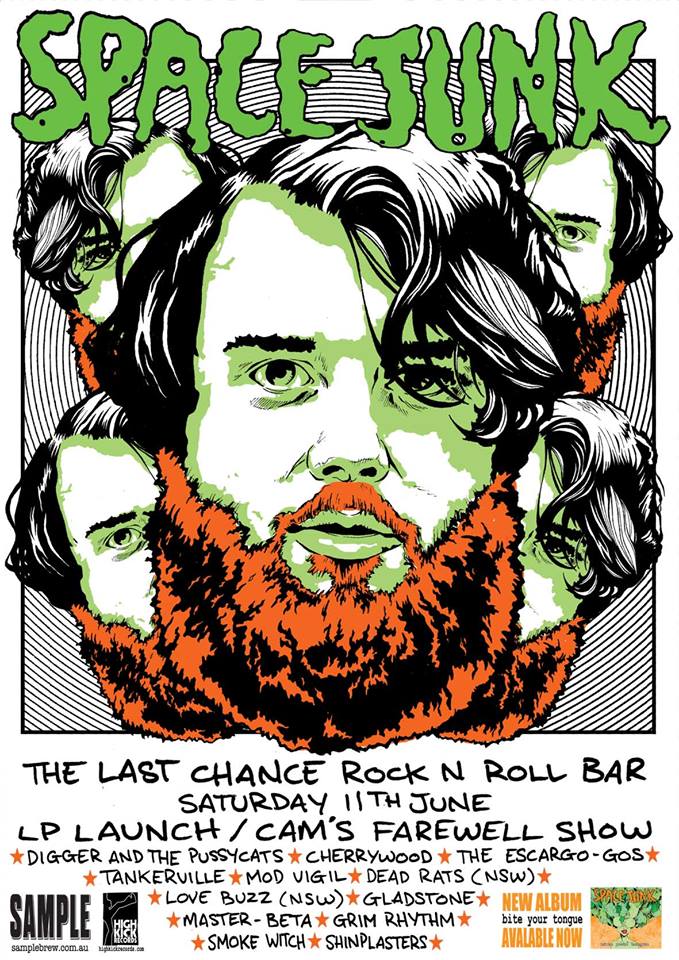