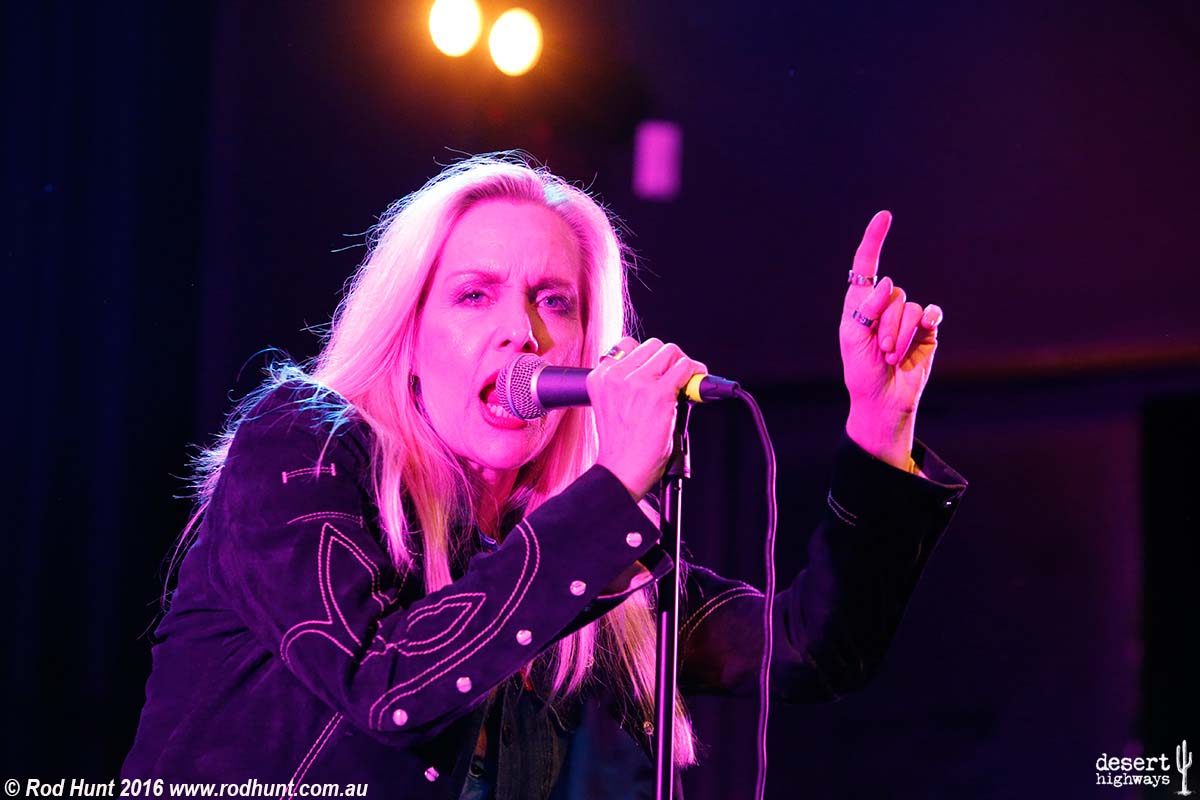 Friday night in Sydney, late May and winter had just decided to hit. I’d also had the week from hell at work, with more of the same in the pipeline. Long days and a mountain of bullshit that just kept getting higher. But nothing was gonna stop me from hitting the Cherie Currie show. Not even the thought of staying at home, drinking beer and watching the Swans whip the piss outta North.

My apologies to both The Hot Sweets and Vanity Riots. I caught the last 35 seconds of Vanity Riots, but it wasn’t enough to form any kind of opinion.

Cherie and her band took to the stage in front of a piss-poor crowd. But most seemed to be die-hard fans, with at least a few (’75 era) Cherie Currie lookalikes digging in for the fun. ‘American Nights’ and ‘Rock’n’Roll’ kicked off the set and while the lady herself seemed to be into it, and engaging easily with the (sparse) crowd, her band was tentative and rudimentary. Not incompetent, but I’d kinda figured she would have had some higher standards when it came to choosing her accomplices. But what the fuck, I was more interested in seeing Cherie Currie than the band, and she certainly didn’t disappoint me.

‘Is It Day Or Night’ and ‘Roxie Roller’, the latter being a tune written by Cherie Currie about Suzi Quatro for a film on Suze came next. The band was still only adequate.’ Queens Of Noise’, ‘California Paradise’ (coming with a fair amount of banter) and ‘Midnight Music’ were all pretty neat.

So they now wind it down a bit, throw in an acoustic tune or two, ‘Believe’ from the Reverie LP, with Cherie also talking about how the death of Bowie had affected her. Some more cynical types felt the tears were a bit contrived, but if it was, then I can safely say I’ve seen much worse on stage when it comes to “fakin’ it”. ‘Lady Grinning Soul’ and ‘Rebel Rebel’ came on the back of this, and some KISS tune (didn’t know it; not a Kiss fan.) ‘Cherry Bomb’ rocked out in fine style, but was also the cue that this WAS the encore.

Cherie herself was great entertainment to watch, with a permanent mischievous glint in her eye, plenty of time to yak with the audience, and also seemed to dig sharing her mic with “guest vocalists”. Her voice was strong, and she was a great performer; charismatic and cool in a slinky kinda way. Some felt slightly ripped off, but I dug the whole thing. Well, the band could have been a bit raunchier….

Yeah, we whipped the (previously undefeated) pretenders to the crown down to jelly. It was a good night all round in my books. 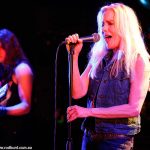 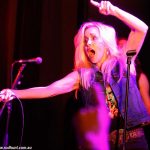 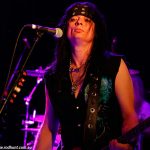 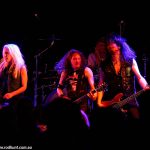 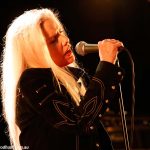 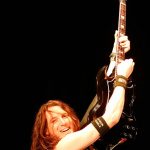 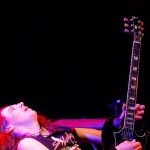 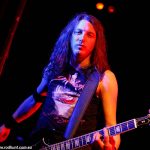 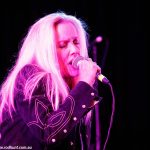 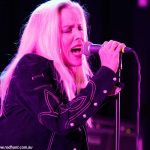 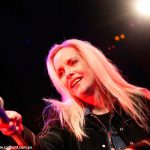