It’s hard to comprehend how cool it can be to see a mixed bill, especially where there are two international acts performing. The diversity of the crowd and the music really lends itself to what some would believe is the heart and soul of live music. Shonen Knife at the Astor Lounge was no exception, and might have just wound up being one of the best nights of the year.

Opening the night were local act The Community Chest. With an interesting blend of British guitar rock and synth pop, these guys were able to capture the attention of the early arrivals. It’s hard not to liken theem to big acts like The Black Keys or the Arctic Monkeys (and I do mean that as a compliment) but there’s an originality in their music, a playfulness that’s often missing in authentic rock.

Sometimes you get surprised at shows like this, you come for the headline, but it’s another band that really leaves you with an impression. Za! were one those bands. Hailing from Spain this duo blend jazz, grunge-rock, EDM, noise, trip hop and more into a truly unique experience. Engaging the crowd constantly with a style similar to that of street performance, but with a sound that would dominate the trendiest of night clubs. They moved from glitch to rock, jazz to noise and polyrhythms to house with incredible grace.

The much anticipated Shonen Knife took to the stage and rocked from the get go. This is punk-rock in all its wonder and glory. The crowd was packed, and diverse enough to have some who would be old enough to remember records going out of fashion, and some too young to remember them coming back in. There was a great response from the audience, people singing along, dancing (even pogo dancing!) and just a lot of general love for what they were doing.

Shonen Knife have some great songs, touching on everything from ramen to cats in a wildly entertaining set. Windmill strums, synchronised dips, head banging and every other trick in the book of rock moves made us remember just what it is to be a rock band. It has to be said – the young bands of today could learn a few things from watching these girls in action.

After playing for around an hour they left the stage for a moment to give everyone a chance to yell out for an encore, of which they of course obliged. They had a quick on-stage game of rock-paper-scissors to decide what they’d play and settled on a Ramones cover, I Wanna Be Sedated, to close out the night. Being one of my favourite Ramones songs it was pretty great to see it performed live by another great punk band.

All in all this was one of the most amazing nights of live music I’ve seen. 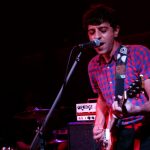 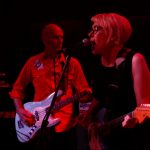 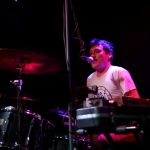 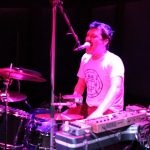 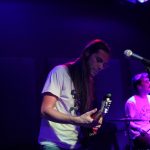 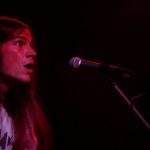 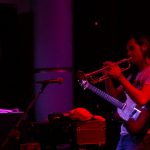 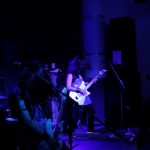 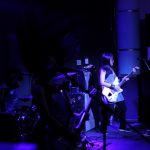 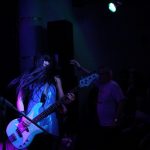 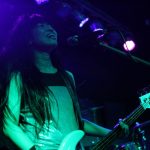 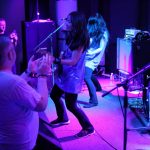 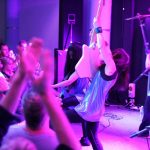 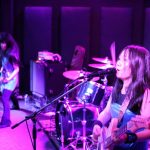 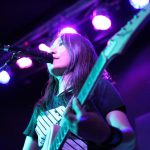 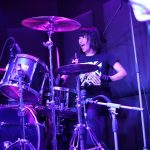 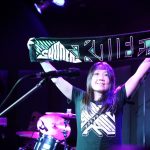 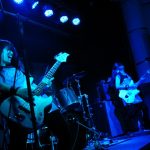