Rich Davies music gives breath to multiple personalities; from rock dog to gospel to down right and dirty blues. He’s a natural born musician and even possibly more importantly, magnificent story teller and if it wasn’t enough to just have Rich Davies and his Acoustic Band playing the Retreat front bar, Ayleen O’Hanlon was opening the night, and so beautifully too.

I hadn’t heard of her before and as it turned out O’Hanlon is also a member of Rich Davies and the Devil’s Union and is playing with Davies as part of his acoustic band. There is something gentle and soft which comes across even before you hear her play. When O’Hanlon starts there’s a country tinge to the gentleness of her tone and vibrato. Her vocals wrap their arms around you like the gentle caress of Mazzy Star’s Hope Sandoval. You don’t just sit there and listen, you feel it, and the sound holds on to you tight.

We find out that O’Hanlon is a country girl and left her day job this year to concentrate on her music explaining that we shouldn’t let the pace of the city get to us. From acoustic, to electric, to playing the banjo, which she admitted she first picked up a year ago, her style is effortless and almost like a sweet whisper at times, yet could be heard as the room sat quietly captivated.

When Davies guested on a few tracks they complemented each other superbly. An example is when they covered the amazing Johnny Cash and June Carter duet, ‘Long Legged Guitar Pickin’ Man’.

Ayleen O’Hanlon was the perfect start for Davies to follow; beautiful control and a heartfelt honesty to her, there’s even a warmness in the space she leaves between the notes. Stunning.

One thing that usually annoys me is when musicians think they need to talk just as much between songs as when they play, yet I could listen to Davies delve into his past and explain how songs were born, the people they’re about and the meaning behind the emotion, and emotional it truly is. There are a lot of talented musicians and Melbourne hides them everywhere too, yet Davies has that something extra. His charisma and natural delivery reels you into each and every heartfelt introduction and holds onto you until you’re surrounded by applause at the end.

As well as O’Hanlon on various stringed instruments and Davies doing the same and also playing harmonica, they were joined by Stuart West on upright bass, also in The Devil’s Union. The three complimented each other beautifully and their ability to hold on to the notes or let go where needed amplified the emotion throughout the room. They covered styles from bluegrass, delta blues, rock and gospel and included one of my all-time favourites dedicated to me, a cover of Chris Isaak’s Wicked Game. To hear Davies perform this live is haunting, it gives you goosebumps, and it makes the hairs on your neck stand on end. His voice is captivating and alluringly powerful. Wicked Game was surely written for him. Davies covered some other favourites too including Run Catriona and Christian For The Image, which took our breath away and you can’t help but “sing hallelujah” to God Hates The Westboro Baptist Church.

Rich Davies with his acoustic band continue their Tuesday night in July residency at The Retreat Hotel, Brunswick tonight with Elizabeth Barker & Band. Check out the Facebook event page for more details. 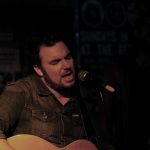 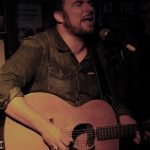 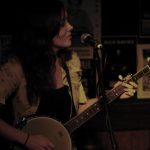 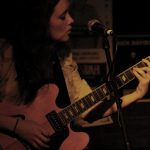 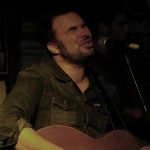 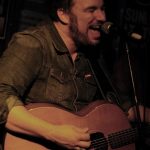 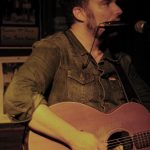 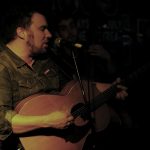 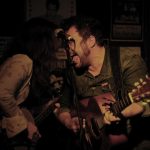