Surf-pop-punk cult legends, the Hard-Ons, celebrate 30 years on the Australian music scene with the highly anticipated, never to be repeated ‘It’s Not How It Used To Be’ tour. A series of ‘by request only’ sets from the first 10 years of their career, in which they achieved a record breaking 17 consecutive number one singles on the Australian Independent charts. This was a one off chance to witness former drummer / vocalist Keish De Silva reunite with Peter ‘Blackie’ Black and Ray Ahn along with current drummer Murray Ruse. On Saturday night, Melbourne’s number was up.

Kicking off this historic night was Wicked City. Their unique, melodically inspired riffage combined with a solid as fuck drummer makes for some sensational rock ‘n’ roll. The use of melody and tone sets these guys apart; think The Mahavishnu Orchestra with a dash of Secret Chiefs 3 meets balls out, driven punk rock. The crowd is steadily pouring in as Wicked City’s set dissipates into a wall of noise. Right-o, party started, time to sink another beer!

Next up is Clowns. Old school, Black Flag inspired punk. Charismatic, abrasive and belligerent, their live show is pretty damn impressive. The drums launch in with the band’s front man Stevie, staring off into space with a smirk, these guys are clearly ready to bring it and the crowd lurches forward to receive. It ain’t ground-breaking, but it is old school punk done extremely well and deserving of every bit of hype these guys have created.

The buzz is building, The Corner near capacity and all around you can hear story swapping from Hard-Ons gigs gone by. You’ve copped a beer to the head already and the curtains are still drawn, coz… ya know, tonight’s all about sharing. The ambient tunes die down and Ahn’s voice rings across the mic ‘How the fuck do you open these curtains?’ before cranking out the classic ‘There Was A Time’ from the 1988 release Dick Cheese. A song, Ahn later explains, they ‘wrote when he only had one pube’. An absolute killer set ensues with crowd favourites ‘She’s A Dish’, ‘Kill Your Mum’ and ‘Raining’ with all of the raw energy and off-the-cuff humour that has made the Hard-Ons one of Australia’s most successful independent bands. A grinning Keish throws schitzo body jolts, Blackie windmills his glorious locks while executing ripping solos, Ahn performs contortionist bass slugging and Ruse solidly pummels the drums. Meanwhile limbs, booze and bodies are being flung from every angle. This death-pop explosion is wrapped up with three encores, including ‘Girl In The Sweater’ and ‘Where Did She Come From’ before the ear-splitting finale of ‘Suck ‘n’ Swallow’. A definite, riff laden, scream along highlight.

Despite the physical exertion, the buzzing crowd spills out onto the street for a much needed smoke and more Hard-Ons tales. This, dear readers, is a show I will remember for a long time to come. Happy Anniversary lads… it was the tits! 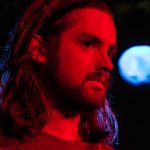 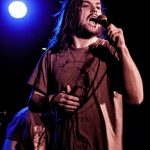 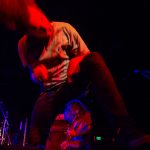 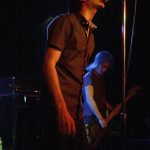 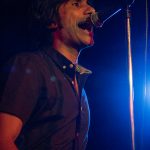 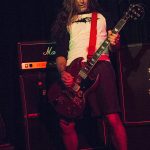 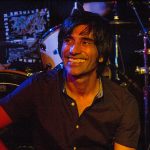 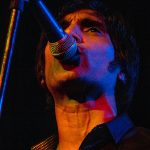 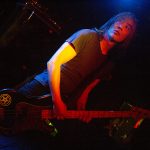 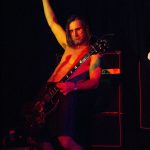 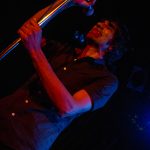 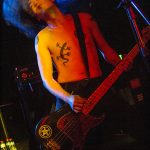 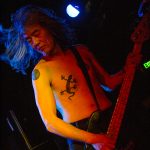 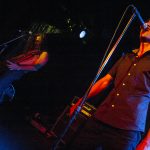 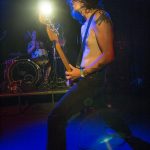 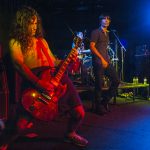 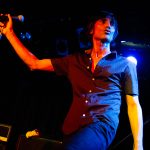 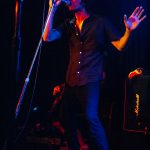