I have to say, two of my favourite bands under one roof is a pretty sweet deal for a mid-week gig. Well, admittedly one of them, Vista Chino, is born from the ashes of one of my all-time favourite bands, Kyuss and the other is Melbourne tornado DEAD.

The locals set it up early and came out hard and fast from the getgo. Taking no prisoners, they were absolutely kick arse and it was loud, like really loud! DEAD usually have a huge sound but screaming off the stage at 170 Russell, it was unnervingly massive. I don’t ever wear ear plugs at gigs and had to go and get some and wore them for the entire set. When a band is that loud it’s usually a mess, a wall of sound thrown into a blender and undecipherable, but their sound guy Al O’Neill is a legend at what he does and it was incredible. To add to the awesome, Al got a text from the venue manager telling him to turn it down as people were leaving! You have to love that!

Jace’s bass runs out through a GK head with two Lorantz 4×10 cabs and a Sunn bass head with a 4×12 bass cab and the set up destroys everything in its path. His style is a blend of finger picking, chords and all out abusive discourse. Drummer Jem doesn’t simply sit behind the kit, he holds court on his throne and commands the rooms respect. For a skinny dude he can belt’s those skins damn hard. I appreciate good drumming but Jem is one of the few drummers I can quite happily sit and watch for hours. It’s an insane mix of chilled cymbal work and incredibly fast tom rolls. DEAD did their home town proud and I’m stoked that they’re up there playing an international support slot. It’s hard when a band’s sound sits in such a niche market, but once people get to see DEAD live, they truly get to understand just how insane and talented these guys are.

Vista Chino are all very well-known and especially with the previous bands before the forced name change with both Kyuss and Kyuss Lives! You would therefore expect a certain amount of shall we say, ferocity and energy. It took way too long to happen. Bruno Fevery has stepped in and filled Josh Homme’s shoes well for the most part, although I found it interesting that they’d open with Adara with a guitar sound that is signature Homme. However, Fevery seemed somewhat distant and although he played the guitar parts well and in fact some rocked, his casual and laid back demeanor seemed almost a sleep at times. Vocalist John Garcia, with his trademark hair cut shorter and slicked back, may have been ill or side-tracked for some reason as he seemed disinterested. It felt like it took at least half the set before he really warmed into it. Drinking from various glasses it was hard to tell if something was therapeutic or just alcoholic, yet when returning back to the stage after wandering off for a short time I wondered if it was just due to the flu as it seemed Garcia was on a Codral high as it looked as if he was smiling at nothing randomly and looking out off into the distance.

Brant Bjork is a smooth operator and didn’t let anyone down. He is a kick arse drummer and so great to watch. His facial expressions make me think that someone has created a Muppet from a caricature of Bjork himself. His subtleties are filled with emotion and control as much as his crazed fills that explode from the stage.

Now the stand out, Mike Dean, the Corrosion of Conformity bassist who initially stepped in and filled the shoes of Nick Oliveri for the previous tour as Oliveri was too caught up in being a bad boy of rock’n’roll over in the US. Dean’s mastery of his instrument is truly astonishing. Here I was, a massive Kyuss fan and I couldn’t stop watching him annihilate his fretboard. He nailed Kyuss classics like Hurricane, Gardenia, Green Machine and Freedom Run.

The crowd seemed somewhat torn, shouting and going mental for some of the classics yet it wasn’t really until they played Planets 1 and 2 as the first song back for the encore that something new received the same treatment. The guy next to me was blown away by Dean and my friend on the other side commented on how Garcia didn’t seem well at all. Whatever it was there was definitely some of the old spark missing and a massive amount of energy lacking from a performance that so many expect a lot more from. Maybe we just need to treat Vista Chino as an entirely new entity and even if that is the case Bjork and especially Dean were holding it all together this night with an unstoppable rhythm machine.

Afterwards as I wandered out with mixed feelings about what I had just seen, friends were impressed as all hell and frothing at the mouth how kick arse Vista Chino were. One even stated they were better this time than they were last tour. The last tour was amazing and I saw them on every show around the country. It absolutely rocked. Yet the truth is always spoken in one place and the banter in the guy’s toilets was all about Mike Dean’s prowess and DEAD’s no holds barred attitude.

Now those that know me know I am more than the average Kyuss fan and get very excited when I can see anyone play live that’s been associated with the band in any way. There’s been a lot of talk about this new debut album for Vista Chino and the court case over the name change. I however, don’t take sides as I am there for the music and let the music speak for itself, unless I hear it first hand from the members, I’m not interested in anything else.

On passion, energy and putting on a kick arse show, the locals impressed the hell out of me and the touring headliner left me wondering what the future holds for them. Hopefully Garcia was just having a bad night and Fevery will step up a little more into the lime light. Right now I am only keen as hell to see a Mike Dean solo album.

Highlights: When it finally seemed to gel when they got into Supa Scoopa And Mighty Scoop, though that was the 9th song into a 16 song set including the encore. Thumb rocked, One Inch Man, Green Machine finally got some sort of mosh happening, Freedom Run absolutely rocked, Planets 1 and 2 and the Whitewater / Odyssey finale for the night.

It should also be noted that at the Big Day Out they sounded a lot more cohesive as a band and Garcia’s vocals had more strength. However I still left the set early to get a good spot for Pearl Jam. I think Vista Chino may have lost me for the long term. It was interesting to see the difference with them playing Stage 5 way off in the distance from the main stages at the BDO, with the tent more than half empty compared to a couple of years ago playing Stage 2 at Soundwave to a massive crowd. The Kyuss buzz seems to have died for the most part and the new life given to the band since becoming Vista Chino and releasing Peace may be taking its last breath. 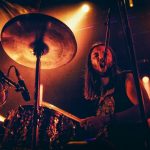 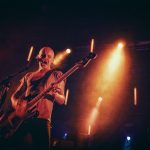 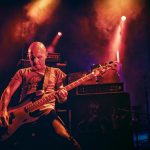 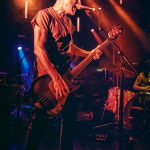 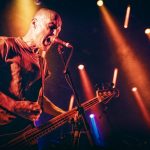 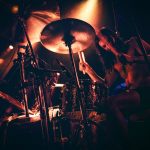 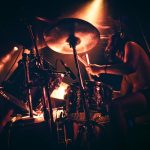 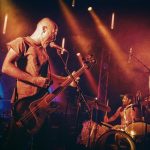 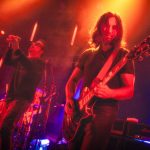 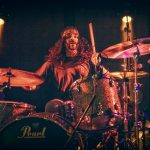 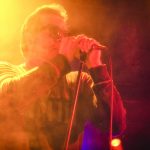 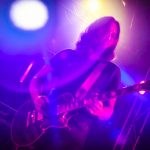 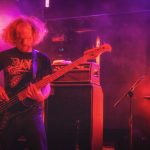 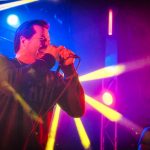 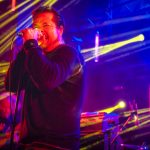 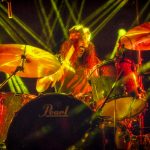 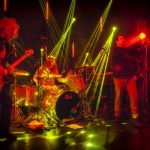 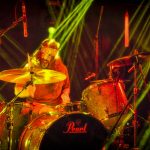 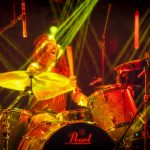 To check out all of Silk Imagery’s photos of the gig, please go to the Metal Obsession gallery.