Omara ‘Bombino’ Moctar has already lived what seems to most a life that could only be seen in the movies. Born in the West African Tuareg encampment of Tidene, Niger, he and his family were forced to flee to Algeria in 1990 after the outbreak of the Tuareg rebellion. It was here he learnt to play guitar after a visiting relative left one behind.

He’s known as Niger’s Hendrix, a very fitting compliment. Growing up listening to legends like Hendrix and Mark Knopfler, Bombino has picked up many of their signature fluid moves through a mixture of practice and natural ability. Although it seems, the aridity of the Sahara has shaped his sound adding more of a dryness to his style. It’s a unique blend that once heard filled hearts the world over.

Even though Bombino’s lyrics are filled with the geopolitical struggles of his homeland and sung in his native tongue of Tamashek, the music knows no borders and no language boundaries. This was seen at The Corner Hotel during the last show of his first tour of Australia when Bombino was speaking to the crowd. Bassist Kildjate Moussa Albade was translating and explaining, “Now we just have to listen and dance to the music” and that’s exactly what the crowd did!

From the first song there was an overwhelming sense of caring and beauty coming off the stage; each song started with an almost bluesy style and progressed into an at times uplifting frenzy of funky bass lines, hypnotic drums and ending with Bombino dancing and jumping whilst playing.

Fans shouted out “Bombino” affectionately between songs as the musician touched his hand on his heart and bowed his head graciously looking almost embarrassed at the sheer level of praise. This may be over stated but Bombino has such a strength and beauty about his person that his presence is comparable to that of the Dalai Lama; full of serenity, kindness and compassion.

The set was extremely uplifting and inspiring to say the least. If you haven’t heard Bombino before, check out his latest album Nomad, it’s a positive experience not to be missed! 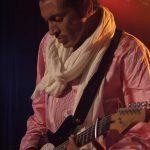 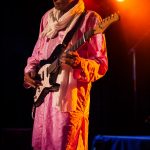 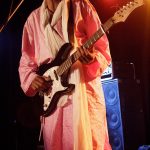 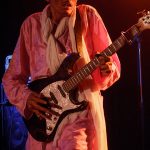 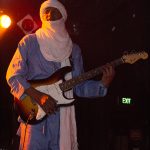 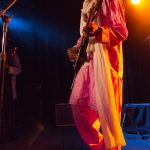 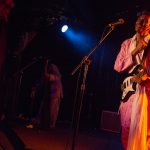 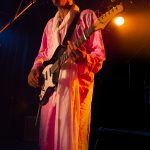 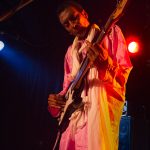 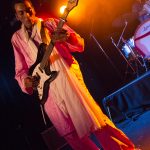 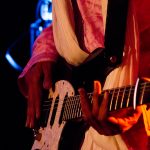 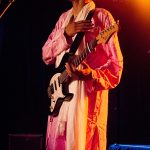 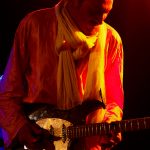 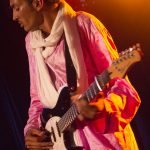 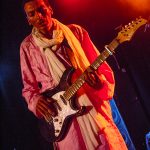 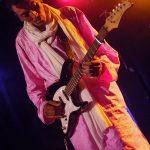 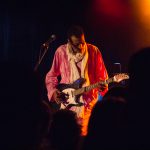 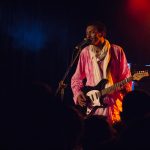 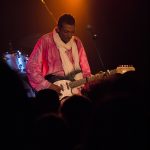 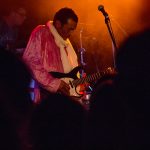 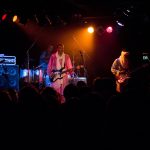 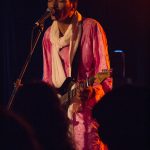 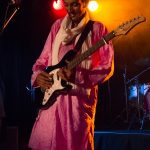 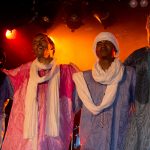