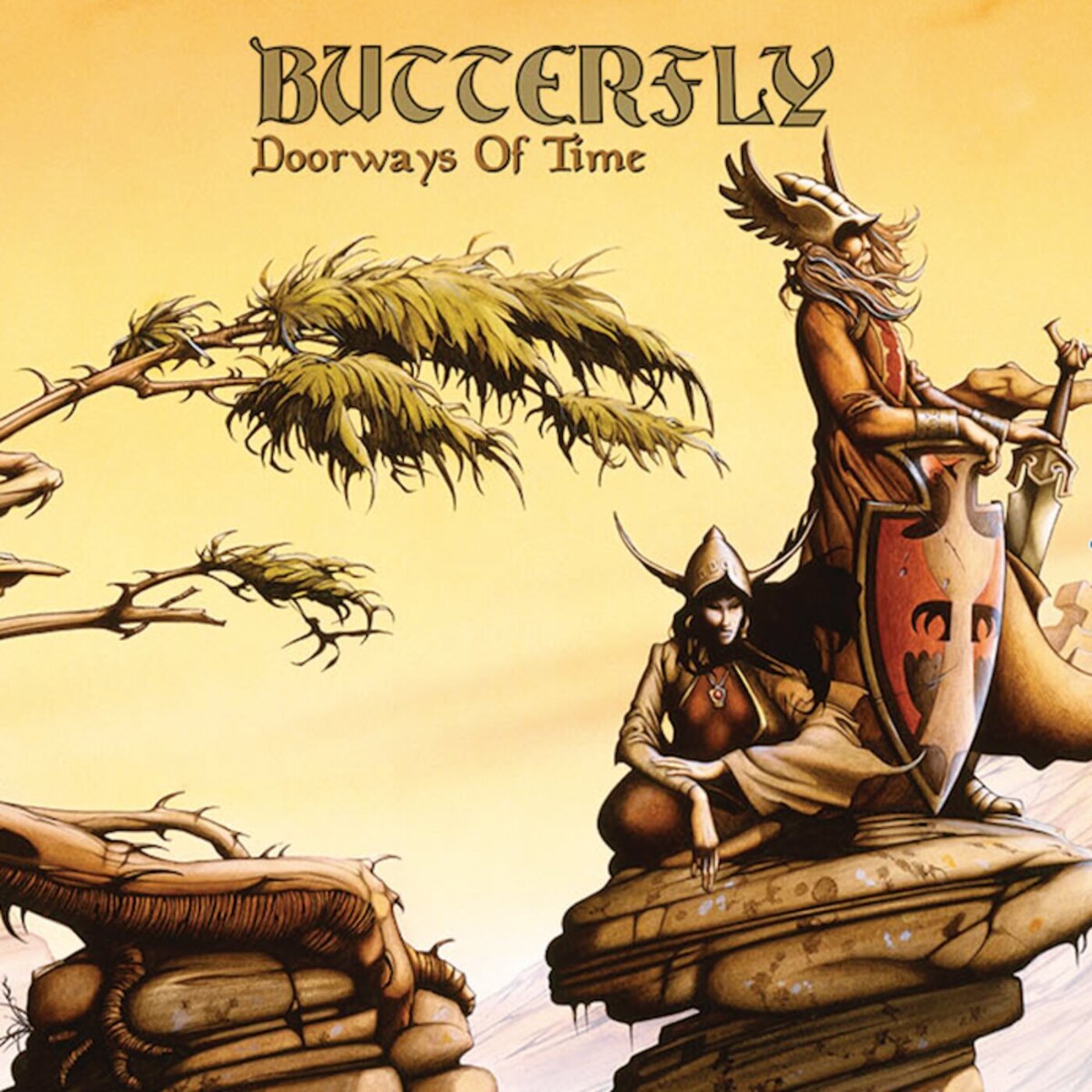 In this foul year of our lord 1347, a vile black pestilence has blanketed our land, destroyed our crops, decimated our farm beasts and carried many of our people to the other side. Our leaders have taken to behaving more like jesters whence holding court, and the frozen air we breathe rains a disease that settles in the lungs and suck life from all those exposed to it.

But all is not lost; a band of minstrels, veterans of many a campaign, have arrived, seemingly through a Doorway Of Time, in our once glorious land and taken up arms against our foes, battling all with a powerful lust to destroy the sinners and restore our paradise to its former glory.

Butterfly is the new band for a hardened handful of rock and metal veterans (members spending time in bands like Abremalin, Earth, Mass Confusion, Hobbs Angel of Death). They have a neat line in heavy rock’n’roll, with shades of Blue Oyster Cult, early ‘70’s folk music and a cauldron full of “meat and potatoes” metal, screaming dual solos and chunky vocals, this band of minstrels have got most of their bases covered.

Songs like ‘Climbing A Mountain’ made me think of proto-Sabbath bands like Mos Generator (mostly the vocals tbh), and the anthemic ‘Heavy Metal Highway’ can give ‘Radar Love’ (Golden Earring) a good drag race for it’s money. Songs like ‘Nobody’ sees them explore the more folky side of music, with the ethereal melodies and breezy vibe, and ‘The Night Is On Its Way’ which has some Spanish inflected guitar and a martial drum beat is much the same. It’s also a cool flipside to the heavy-duty edge that ‘Doorways Of Time’ has.

All up, Doorways Of Time is a solid album, great playing and a style that ya can’t easily pigeonhole. Lotsa neat tunes to wrap your teeth around and a tonne of beer-drinking fun to boot. I also love the name too. Mean-arsed rock with a delicate moniker, much akin to naming your pit-bull Ophelia! Get at it!!