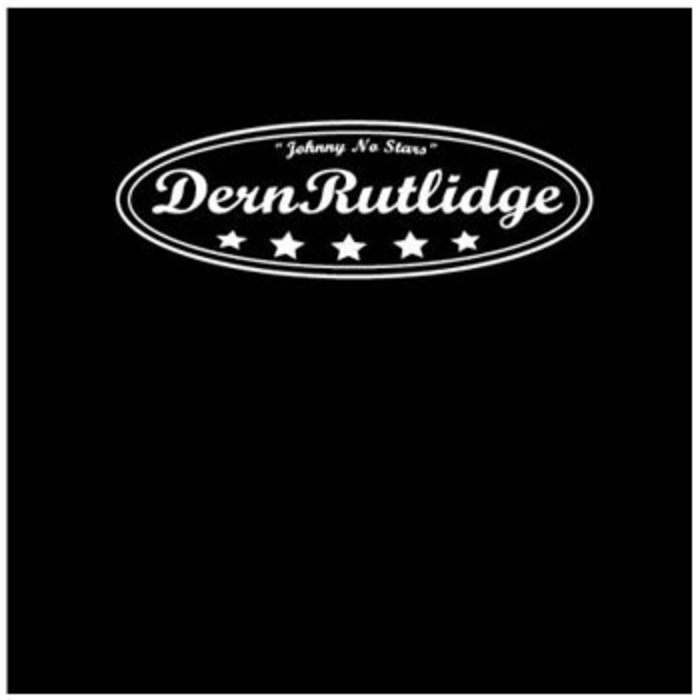 Legendary Melbourne band, Dern Rutlidge, are back to play a one-off gig, so I thought I’d throw a few questions in at bassist Jason PC….

Anthony Moore: Dern Rutlidge are back for a one-off show at The Bendigo Hotel,
Melbourne on Sat 1 Feb, what’s taken so long?

Jason PC: We are old and lazy and our drummer has been living in Thailand for the last 10 years or so. He is back for a holiday with his family so we figured it was a good time to get the band back together… for one night at least.

AM: Will this one be the last ever?

JPC: No idea if it will be the last one, we like each other, we like playing together, it’s just not convenient to do very often. We may do something in another few years to reminisce about the old times etc… its just some fun. We are not here to impress kids or “make anime for ourselves”, we are living on past glories for no reason other than we like to play the songs every now and again.

AM: Will you be playing Johnny No Stars in its entirety, ‘7 Mile of Highway’, ‘Skyblue’? What sort of goodies can we expect?

JPC: All of that except we miss a song from the album, the cover. That’s not as important to us, but yeah some demos, stuff etc. A lot of shit actually.

AM: Fans absolutely love DR, what do you think the appeal was and still is?

JPC: We were a pretty good band I thought and the songs were good. It’s from the “stoner” genre for sure, but there are songs in there that leap from the genre and into songwriting. Craig is a great songwriter, and coming back to them after all these years really drives that home. They still stand out as good songs to me.

AM: Do you think DR will ever step into the studio again?

JPC: No, I very much doubt it. Craig and I have a done other bands together and have never really gone back and ‘reformed’ a band to record. Playing live on the very rare occasion is still fun but we could just do a new band if we wanted to do that. But we are getting older and most of us are really slowing down in terms of doing new shit (the rest of these fucks, not me!). I am still doing my surf band Birdcage, my sludge doom band Burn the Hostages, and eventually I’ll record the Pisshammer stuff I have laying around.

AM: When Johnny No Stars was released in 2001, there was a lot of incredible Australian music that really hit the mark that came out through High Beam Music, eg Thumlock, Daredevil, Pod People, Monstrous Blues, Legends of Motorsport and more… There is no question, I just wanted to plug High Beam and those bands. Maybe you’d like to add something?

JPC: Yes, that is true, there is still lot’s of really good shit going on, although a lot of music has really started to ignore other genres and has really become segregated. Also radio has really ignored anything slightly heavy for a number of years… unless you are folk or indie or overly commercialized form of ‘Heavy’, you don’t stand a chance of being heard on Aus radio.

AM: Will there be any re-issues / merch available for gig? Should punters bring shopping trolleys?

JPC: We will have copies of the album (on CD only) but we couldn’t be fucked with t-shirts etc… fuck that.

AM: Will you be given the responsibility of having your own microphone on stage or do you have a life ban?

JPC: I live free man, I may start by telling the story of our drummer breaking his collarbone while on a drug binge. It involves slipping in his own shit while naked… it’s a good story. He now has a metal plate there.

AM: Any other projects from the DR members coming up that you’d like to plug?

JPC: Craig does solo stuff every now and then, Cal doesn’t listen to anything after ’95 and still thinks the Pixies are new. I’m doing all sorts of Recording, Mixing and lots of Mastering with my studio Goatsound, so I’m really across local stuff and can’t avoid joining a cool band when the opportunity presents itself.

AM: What bands are you currently listening to / stand out and why?

JPC: I’m really digging the Melbourne punk thing, like Enzyme, Geld, Extinct Exist, Pest and Lai… So many cool and interesting variants of the crust/noise punk asthetic right now. For 70’s rock stuff I like Butterfly, for heavy doom rock I really like Witchskull… for shit like death and grind pretty much anything christoff does is great, Contaminated, Headless Death… fuck so many more. There is so much good shit it’s almost impossible to find the time to purely listen.

AM: Can you please leave us with some parting wisdom?

JPC: The Red Hot Chili Peppers are a fucking conspiracy against music. How the fuck are they even a band? It’s unlistenable in the extreme. Anyone who actually likes that band should be sent to some kind of remote island along with every trace of the bands existence.