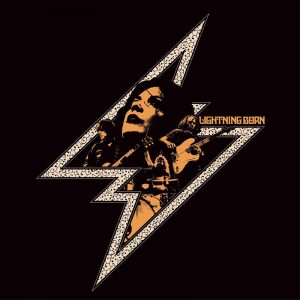 I find in my Inbox an LP by Lightning Born. Lightning Born, Lightning Born… Something pings in my memory, and I recall reading about these guys a few months back, and thinking they’d be worth checking out if the opportunity presented itself. Which it has now done.

I’m loath to call Lightning Born a SUPERGROUP, despite being comprised of members of bands of varying degrees of notoriety. But I will say this, there are bands, and there are BANDS. You see them play, and think to yourself “Fuck me, this ain’t just another bunch of dudes fucking around!” There’s something else happening. It’s an elusive element, and you cannot fake it, if it ain’t there, it will never exist. And sometimes it’s just for a short time, and when you blink, it’s gone. But other times it lives forever. I’m not sure which category Lightning Born will find themselves in come Judgment Night, but for the time being, we’ve got a genuine gold-plated motherfucker of an album to latch onto.

So the band is made up of Mike Dean, bassist extraordinaire whose pedigree includes COC and Vista Chino shows the way it should be done. Liquid basslines that lurch around the songs, commanding but all the while warping around the riffs and binding the songs together. The drums are handled by Doza Hawes of Mega Colossus and his playing is clean and tighter than a gun’s punt (hey, it IS footy season after all!)! Busy without any overkill, and hard and heavy as they come. The guitar biz is left to Demon Eye’s Erik Sugg. Let’s just say he rips as a guitarist, and leave it at that! So finding a vocalist who can step up with the rest of the talent in this band would be a gargantuan task, and brilliant vocalists ain’t exactly falling outta trees. Enter Brenna Leath. Power, tone and some phenomenal melodies are just what the good doctor ordered, and she delivers! Brenna is a rare talent, and so perfectly suited to this band as well. So the whole shebang came together when the posse hooked up in Dixie’s bar for some cheap beer and barbecue and realised this band was just meant to be. And so the band came to be!

‘Shifting Winds’ lays the cards on the table with a slight nod to Sabbath (Bloody Sabbath), but ‘Renegade’ is really when the band turns up the blowtorch. Solid as a fucking rock, with grooves and balls and sets the scene for the rest of the tunes.

‘Silence’ and ‘You Have Been Warned’ are thick with dirty grooves, and I’d love to hear these tunes at some earth-shattering volume in a bar somewhere.

The three final tracks, ‘Oblivion’, ‘Wildfire’ and ‘Godless’ all see Brenna showcasing the sheer force of nature her pipes are.

As far as the songwriting goes, this record is stacked to the brim with classics, and no doubt the talent and experience of the members, coupled with the way they gel as a unit have driven the standards of their writing. I’ve got a few early faves amongst these beasts, but none jump out as highlights, I think, due to the sheer quality of the writing. Their playing can be flashy at times, but they never drop the ball as far as working it as a band goes. It’s classic stoner rock/metal in intent, but screams above a lot of other bands of similar ilk, and whilst they’re heavy on the Sab side of life, and at times crotch-grabbing metal as well, they’re also a shitload of fun and sound fucking good together. Probably sound good with a few cheap beers too! So in a nutshell, Lightning Born have just raised the bar for how heavy should sound, and certainly seem primed to live up to their own high standard. This album is an easy 10/10 for me. 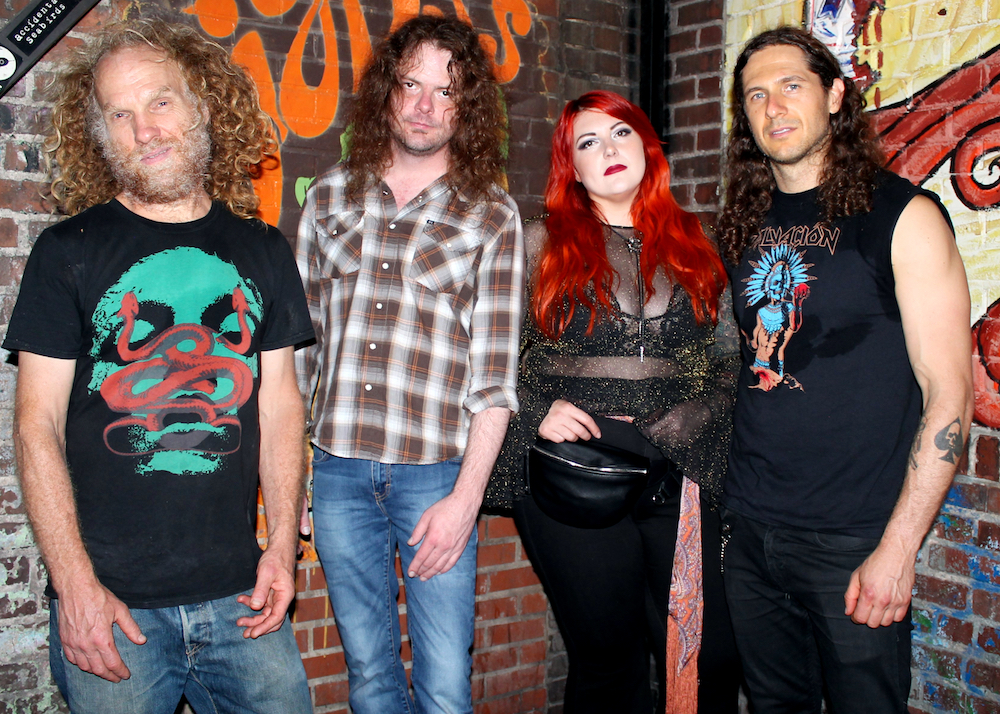