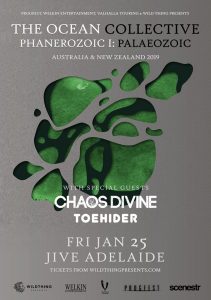 24 Hours prior to this event, Adelaide suffered the hottest day on record; well beyond conception. This writer was left defeated as was South Australia in reality – but our resilience wasn’t. Defeat is never our definition – and our adoration for heavy music was once again showcased in quality numbers, even though the competition for live music on this night was immense; thankfully however, three excessively talented outfits rewarded the Adelaide heavy music enthusiasts to an immeasurable degree.

Melbourne three-piece Toehider proved they were not an opener but in fact, a menace. Somehow a mixture of Rush, Judas Priest and The Mars Volta worked; it was quite the extravaganza. As eccentric as it sounds, it was defying, odd and a victory. The vocal and musical gymnastics were near super-human in substance, truthfully this was an honest understatement of how they portray their art. Adelaide for the most part, could not keep up with the insane vocal delivery of front-man and guitarist Michael Mills as it was eerily similar to Rob Halford and the band’s intricacy was enthralling. In all honesty, this was more than a pleasant surprise, it was astounding, especially with This Conversation Is Over, which had an immaculate delivery.

Perth’s Chaos Divine most likely had the hardest job set before them. The quintet needed to inspire and also motivate an already fascinated audience and as per usual they constantly deliver this; but to follow what had transpired and build upon it would be difficult. However, the presentation was more impressive than an ice cream truck on a 47ºC day; not that Adelaide would know. The cover of Toto’s Africa was questionable, but engaging. Similarities to Dead Letter Circus are a fair comparison, however, this quintet has an edge, a “flair” put simply which solidifies their identity. A backdrop of David Attenborough footage boosted the crowd’s enchantment and truthfully, it became beautifully appropriate. It matter-of-factly captured Jive completely. It wasn’t perfect, rock music never should be; it was although, near impossible to look away. One Door was quite memorable, honestly though this performance just feels like “Chapter One” for the next story of this progressive rock outfit – keep an eye and ear out.

This scribe is biased and very willing to admit it; The Ocean have been a near “obsession” for quite some time and once again they executed a performance to be remembered. The sextet create an atmosphere that is above entrancing, it traps the observers. Chaos, elegance, fragility and brutality almost describes the German six-piece. Vocalist Loïc Rossetti decided (again!) that the stage was too narrow, so a plummet from “level one” of the venue into the audience was called for and in reality, this depicted the band’s art and music perfectly: Daring, inspiring, heavy and unguarded. Tracks from the ‘Pelagic’ album and more recently ‘Phanerozoic I: Palaeozoic’ were enchanting and treasured by all admirers present and comprehensibly so. In the element of prog or post-metal, this assemblage of musicians and artists fabricate a beauty and devastation comparable to Cult Of Luna; thankfully Australia has experienced it again. 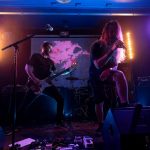 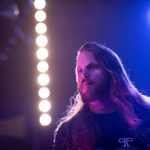 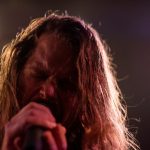 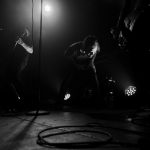 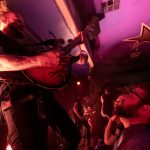 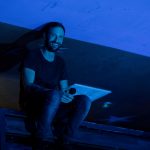 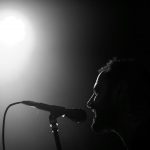 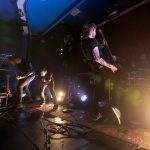 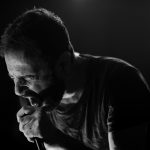 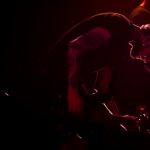 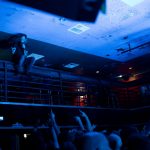 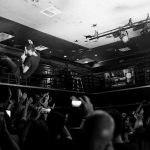 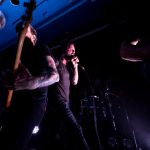 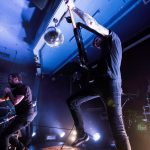 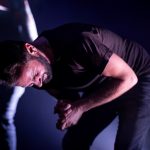 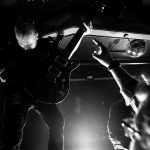