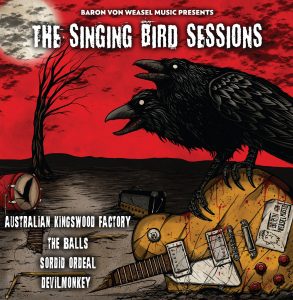 So the Baron has concocted a plan – four bands covering each other’s tunes, fifteen tracks in total, and all recorded in a time warp. Or maybe Singing Bird Studios over two days. Anyway, the results have been handed to me to dissect!

Australian Kingswood Factory. ‘Tragedy’ (not the Bee Gees tune!) opens the album, and it’s a pacey rocker, with some great vocals. A really great, catchy, riffrock slab o’ thunder. Frenetic playing, and total drive that slays this one! ‘Behaviour Modification Systems’ is the next offering from AKF, a quirky kinda instrumental, that kinda left me cold. ‘Citizen’ sees a return to the rock’n’roll realm. ‘Wake In Fright’, a film whose sooty heart makes Wolf Creek look like a Disney-Pixar production is probably deserving of a dirty rock song. So here it is, and a fitting aural tribute too!

The Balls. Caught these guys a few years back when my old band Hang Dai AD played a local show with them (also turned out to be the last time HDAD ever played together in any way shape or form). ‘Black Straps’ is brooding, grows and slams home the finale. ‘Bliss Point’ is a neat lil’ stoner instrumental, feedback, dissonance. ‘Devil’s Right Hand Man’ is a Ball’s out rocker. Heavy stoner blues with hefty doses of lumbering sludge, and some gutsy vocal as well. Their final tune on the LP is ‘Heavy’. Yet another riff-laden rocker (!), and completes the bands’ contribution perfectly. They play well, and sound great. Sounds good to me!

DevilMonkey. Oz Rock Electronica. Sure, why not. ‘Built To Last’. Love the lyrical sentiments of this track, and could be applied to so many elements of life too. ‘Tigress’ calls to mind the classic Scissorfight with its’ fucked up vocals and nihilistic spine. Nice guitar tone too. ‘ON’ wraps up DevilMonkey’s swag. Sounds like Pacman on speed. Based on these three tunes, I’d bet a DevilMonkey show would be fulla laffs, and probably “offend” the serious rock cognoscenti at the same time.

Sordid Ordeal. The first track by SO is ‘Last Call’, a pretty cool balladish number. The band let it rip a bit for the last minute or some. All in all, a nicely crafted tune. Next up is ‘4th Of July’, once again, it’s a cool song, nicely dirty and just ever so slightly straining at the leash at the same time. A chunky bass riff launched ‘Blank USB’. Squally guitar layered over the rhythmic introductory thunk that opens out into some moody soundscape with minimal vocals. The punchline perhaps? ‘Brother’ winds up the “Sordid Ordeal” chapter. Some vitriol in the lyrics, slammed home by a punchy song. And I gotta say, I liked this song.

Not being familiar with the original versions, I can’t offer an opinion on whether or not these reworkings do justice or not, but overall dug most of what I heard. 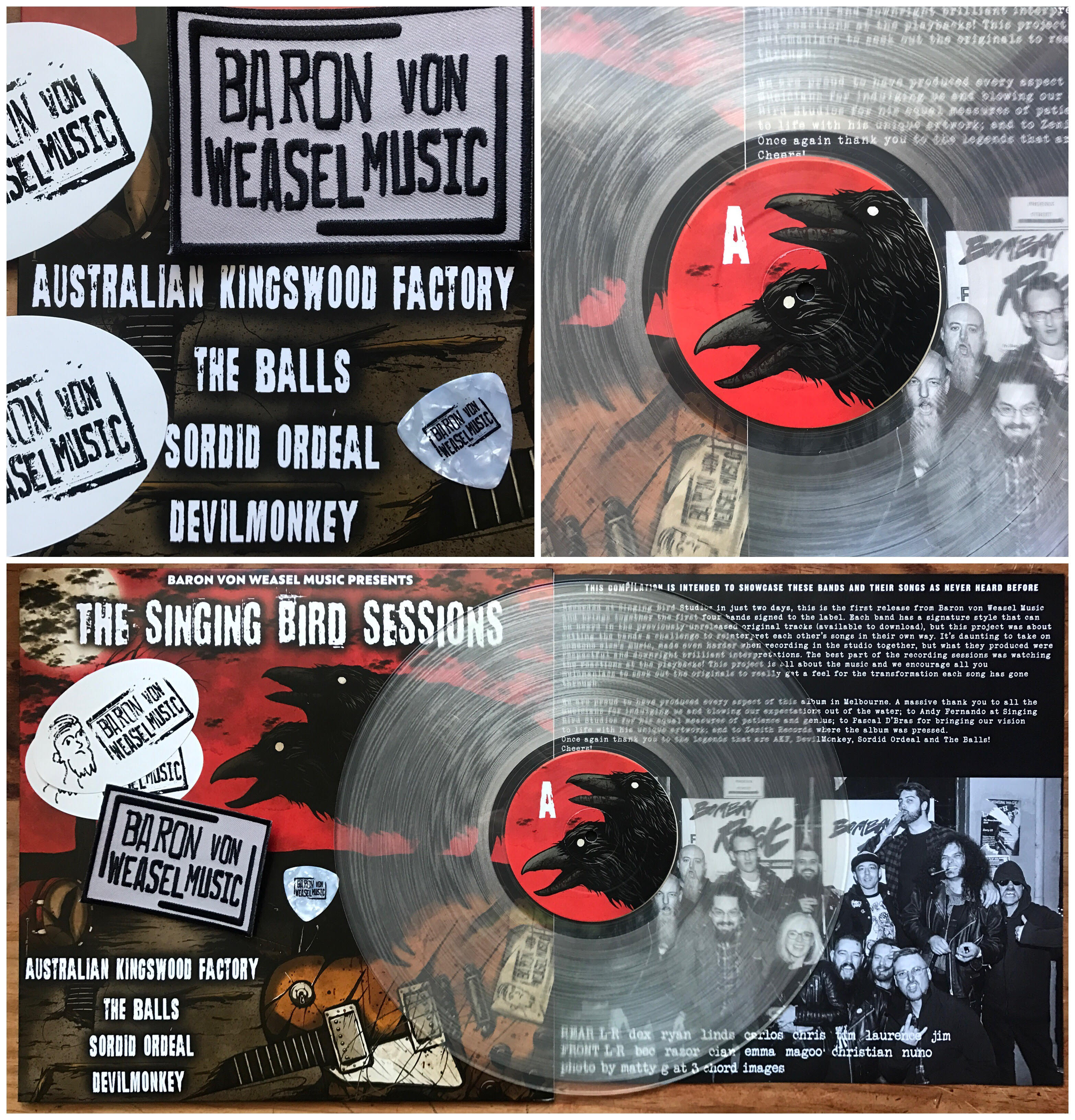