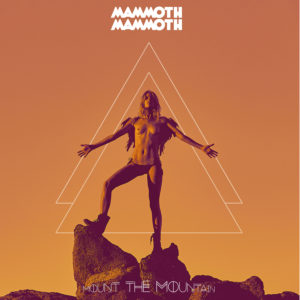 When I was asked to review four-piece Melbourne dirt rockers Mammoth Mammoth’s new offering, Mount The Mountain, I was pretty chuffed. Having shared the stage on quite a number of occasions (and a few beverages) with these maniacs, I consider them good mates. Then I thought, “Aw man, what if it sux”? Luckily, this was not the case.

When I first heard the band a few years back, I wasn’t sure what to expect. What I got was a hybrid of Motorhead, Cosmic Psychos and Rose Tattoo. They’d been described to me as a stoner band in the past and although I hear elements of that (Black Sabbath), it’s definitely not my go to thought when I hear Mikey (vox), Cuz (guitar), Pete (bass) and Bones (drums) doin’ their thang. It’s a riff fest sure. Rifferama if you will. Mount The Mountain being no different.

From the opening track, ‘Mount The Mountain’, to the louder than loud dirty rock of ‘Spellbound’, these guys only know one way, balls to the wall. Recorded at Goatsound Studios (Melbourne) with the very cool Jason Fuller, this album is in your face guitar from the outset. The OI! OI! OI! style choruses make me wanna pour a beer over my head and put on some old Motley Crue and Accept albums.

A really crisp sounding album, with excellent production all the tracks are a full frontal assault on your eardrums. Highlights for me being the Splatterheads / Powder Monkeys – esque, ‘Hole In The Head’, the slower bluesier ‘Cold Liquor’ and the catchy ‘Epitome’. I was also surprised to hear the Kylie Minogue cover ‘Can’t Get You Out Of My Head’ included as a bonus track on the album. Albeit with a couple of lyric changes to suit.

The big riffs on this album stand out and the Cuz’s guitar work is gold. On occasion the big guitars are at the expense of everything else though and my sensitive disposition may have done with a little more light and shade. “What’s that”? I hear you ask…. and you would be correct. These guys don’t give two fucks about that stuff and nor should they. Mikey is an amazing frontman and the guys are a well oiled machine live. This comes across on the album, as it definitely has a live kinda feel and with their upcoming European tour, I’m sure they will garner some new fans as well as keeping the old ones mighty happy. 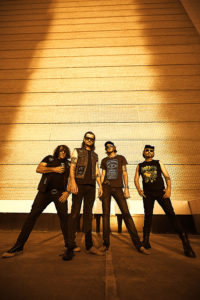 Mammoth Mammoth’ Mount The Mountain is out April 28 through Napalm Records. Order HERE.