Melbourne turned on some pretty inclement weather for the trek out to Rochford Wines in The Yarra Valley for A Day On The Green. A gig I’d been looking forward to for some time. Something For Kate, You Am I, Spiderbait, Jebediah and The Meanies, taking me back to the ’90s at the mere mention of all those names… What a lineup!

The Meanies kicked off the day while the sun shone and a gentle flow of punters streamed through the gates. A nice mix of old and new tracks with Link in his usual fine form, making with the jokes and some new dance moves if I’m not mistaken. ‘There’s A Gap’ slotting into the set beautifully alongside ‘10% Weird’ and ‘Gangrenous’. A perfect start to the day is to watch the Meanies in full flight and they never disappoint. Time for another vino and a bit of a catch up with friends.

Then… Jebediah. The surprise packet of the day for me. Not having been much of a fan back in the day. The Jebs owned the stage ! The crowd had swelled and were now out of their chairs, (beanbags and rugs!) and on their feet and rocking. An electric atmosphere as they played one fav after another. I was surprised how many songs I knew and found myself singing along unabashed. There were kids on shoulders, more wine and festive cheer. ‘Leaving Home’ was a highlight and damned if that didn’t earworm me for the rest of the day… Bloody Jebediah!

As Spiderbait hit the stage the rains came. In a big way. The Kram show would not be thrown off though as we embraced the downpour, chairs held up in defiance (literally), like Braveheart of sorts, they will never take our freedom! Kram had the crowd in the palm of his hand. A true entertainer. They bashed and crashed their way through the set of fav’s old and new. ‘Old Man Sam’ a classic. A red hot performance from The ‘Bait especially under the circumstances.

Lining up at the loos and a bottle of pinot down. Wet… Aaaaaaaaand loving it!

Next up… You Am I. Rock stalwarts. The last time I saw You Am I, they were doing “One potato, two potato” on Playschool’s anniversary show. Tim Rogers and the guys looked resplendent in pale blue lounge suits and the band now accompanied on stage by backing singers and a horn section. The Murph and the magictones look aside, You Am I have still got it. Whatever “it” is. Rogers at his tongue in cheek best. Super tight and well rehearsed they cranked out ‘Soldiers’, ‘Cathy’s Clown’ and a rollicking version of ‘Nutbush City Limits’, which impressed. ‘Berlin Chair’ a highlight for me as it’s one of my all time fav’s.

Well lubricated now and a bit loose, (that damn tasty Pinot noir sneaks up on you). With the sun setting Something For Kate hit the stage and I may or may not have lost my tiny mind. SFK have become, over time, my favourite Australian band. Paul Dempsey’s melancholy vocals, Clint Hyndman’s incredible drumming and the ever cool barefoot bass of Stephanie Ashworth, make for a perfect blend of mood rock. Lyrically, the pictures painted with words are astounding. Opening with ‘Captain’ and again mixing the old and new effortlessly one into the next. Every splintered moment a gem. The lighting was amazing and backed up the pure awesome emitting from the speakers. ‘Survival Expert’, ‘Hallways’ and ‘Déjà Vu’ were definitely highlights and capped off yet another well chosen set. I can’t say enough about SFK. Best.

Heading home, tired and emotional, my thoughts wander to friends passed and remembering watching these bands back in the ’90s and how some things change… But some things stay the same. 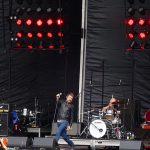 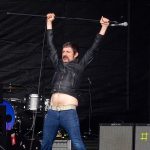 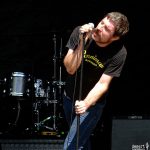 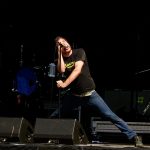 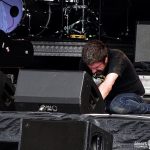 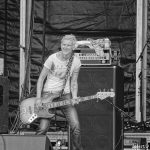 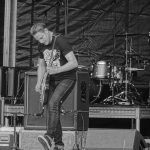 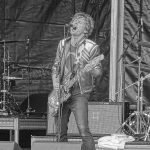 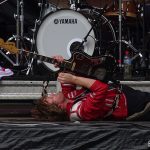 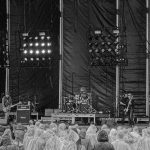 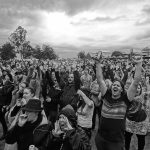 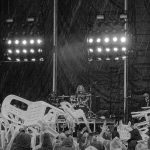 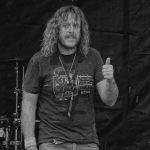 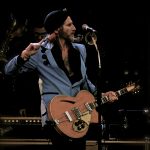 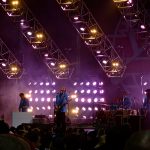 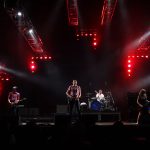