We have plenty of Kings here in Melbourne. King Parrot, King of the North and of course, King Gizzard & The Lizard Wizard, who have been making the biggest of killings in Australia’s rock scene. With the release of their eighth full-length masterpiece Nonagon Infinity, the Gizz boys have embarked on a national tour in support of the new record with numerous sold out shows involved, as well as making an upcoming appearance at Splendour In The Grass.

Joining them in their Melbourne shows were three-piece Geelong locals Orb, who gave off quite a unique impression to the audience of how uncontrived they are, just like Gizzard. For what seemed like a long set felt so short at the same time, as Orb had a little more than what most would’ve bargained for. The trio supplied a hard, psychedelic stoner vibe that was quite reminiscent of the likes of what Kyuss would sound like if they slightly based themselves around the Woodstock era. And while Orb are a group entailing three members, their guitarist and bassist showed a little more of their talent by swapping each other’s instruments halfway through the set.

With the classic Motörhead track ‘Overkill’ blaring loudly across the room, on came King Gizzard & The Lizard Wizard opening up with ‘Robot Stop’, where everyone throughout the Croxton Bandroom, on this their last night of three shows at the venue, lost absolute control of themselves as the Gizz unleashed their diverse catalogue of psychedelic garage prog rock. The set consisted mostly of the entire Nonagon Infinity record being performed in different sections with the first five songs of the album being played at the beginning, as well as a handful from I’m In Your Mind Fuzz and even hinted some new material in the works during their routine.

King Gizzard’s ability to stay in sync with each other between two drummers, three guitarists, a bassist and another that does vocals, harmonica and synthesizers is implausible. But to also be able to perform the whole way through with almost no stopping is something that should also be reckoned with. Not to mention, no matter the song that was executed within their timeframe, it was impossible to see their fans from being able to stay still. Considering this was my second time ever seeing them, it was no surprise to see this kind of live frenzy happening again. With a regular amount of crowd surfers and stage divers having their fun as Gizzard implemented their natural dosage of heavy fuzz rock from start to finish.

There’s no doubt that King Gizzard are one of the most important bands in Australia’s modern day music scene. And if you were to go and witness them in the flesh, you too would easily be able to fathom this matter. Now, if we were to get a show where they play Nonagon Infinity on repeat for a whole day, that would be one hell of a crazy gig! Nonetheless, whatever they do, King Gizzard have absolutely no trouble with pleasing their audience to the fullest. 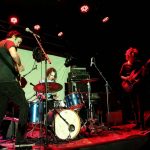 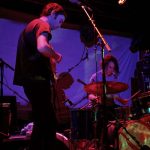 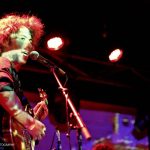 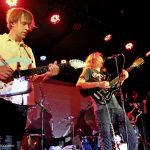 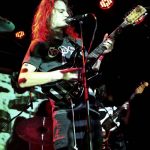 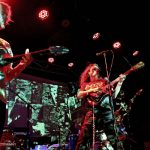 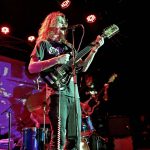 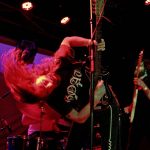 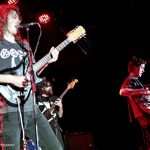 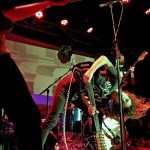