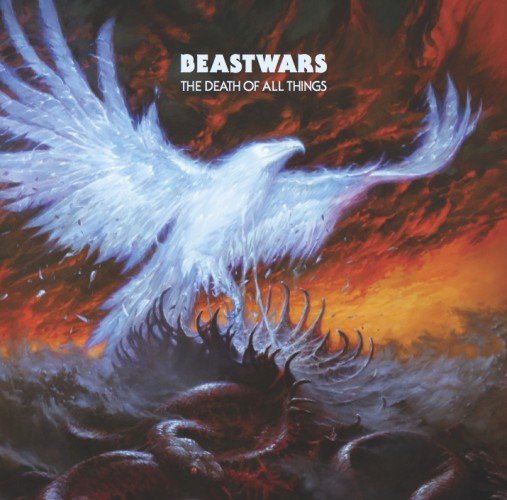 Beastwars. Every now and then a band comes up with more than just a name, but something that more than aptly describes them as well. This outfit is one of those bands. The first time I caught them live, their hellish power just absolutely blew my fucking head off. Often described as sludge-metal, but to my ears there’s also some heavy doses of Am-rep noise-rock in there. The dissonant feedback drenched guitar brings to mind bands like The Laughing Hyena’s and Unsane, as well as the way in which they use dynamics. Matt Hyde’s huge voicebox also, cannot be denied. These elements are driven forward by a potent and totally unstoppable engine-room.

The Death Of All Things is the newest LP from Beastwars, following up the epic Blood Becomes Fire and is no doubt very eagerly awaited by their fans. With the lumbering ‘Call To The Mountains’, they lay their cards on the table, and dare us to stay for the ride. ‘Devils Of Last Night’ showcases the monstrously fuzzed out bass rumble.

“And they talk about angels, decisions, demons and rum!” Great line. Pause for breath.

‘Black Days’ see some melody injected into the guitar and is one of the lighter moments on this slab. ‘Holy Man’ kinda makes me think of the Sonic Youth with its gentle guitar lines and dirty tones. 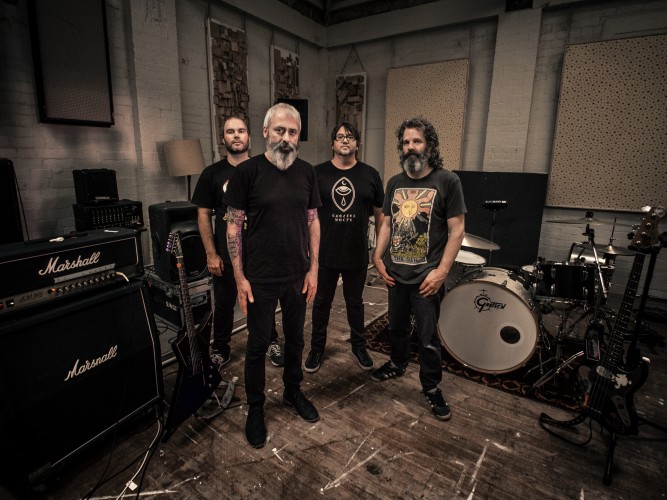 And suddenly, amidst all the carnage, they pull a wildcard out, with ‘The Devil Took Her’. Strings, flutes and acoustic guitar. Betcha ya didn’t see that coming what with all the warpaint, blood and bones! This delicate tune is an excellent interlude, and one that turns heads with its surrealistic drone before the final relentless charge is mounted.

Far from being your typical metal outfit, Beastwars instead forge their own style with a single-minded intensity. Heavy riffs and at times brutal intensity lift this record above a lot of similar bands.The Death Of All Things should fire these guys directly into the sights of heavy music fans everywhere. I certainly fucking dig it.

The Death Of All Things is out April 22 through Destroy Records. 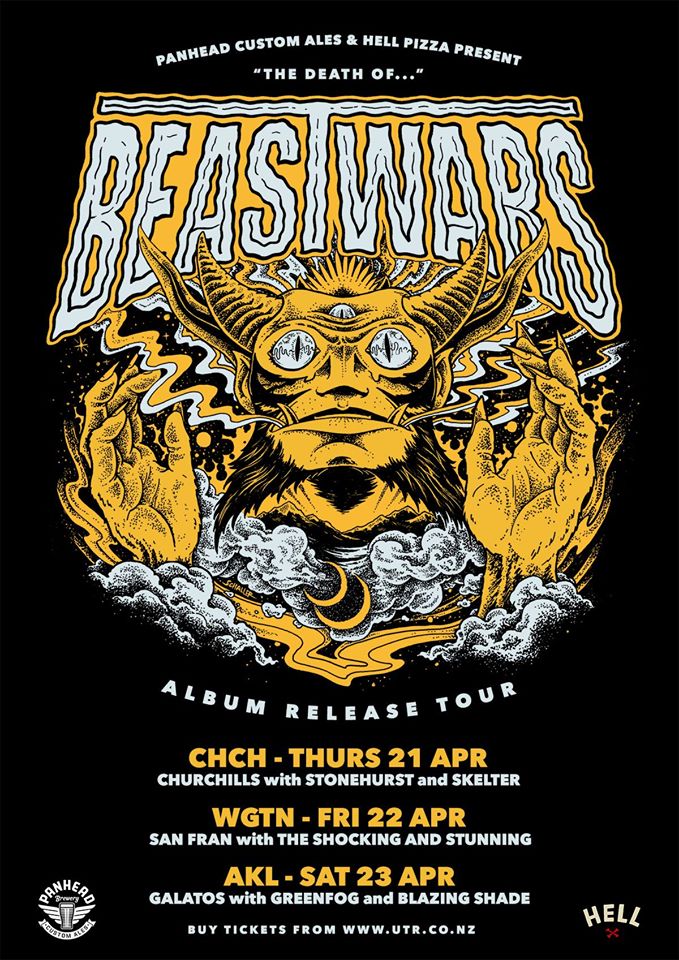 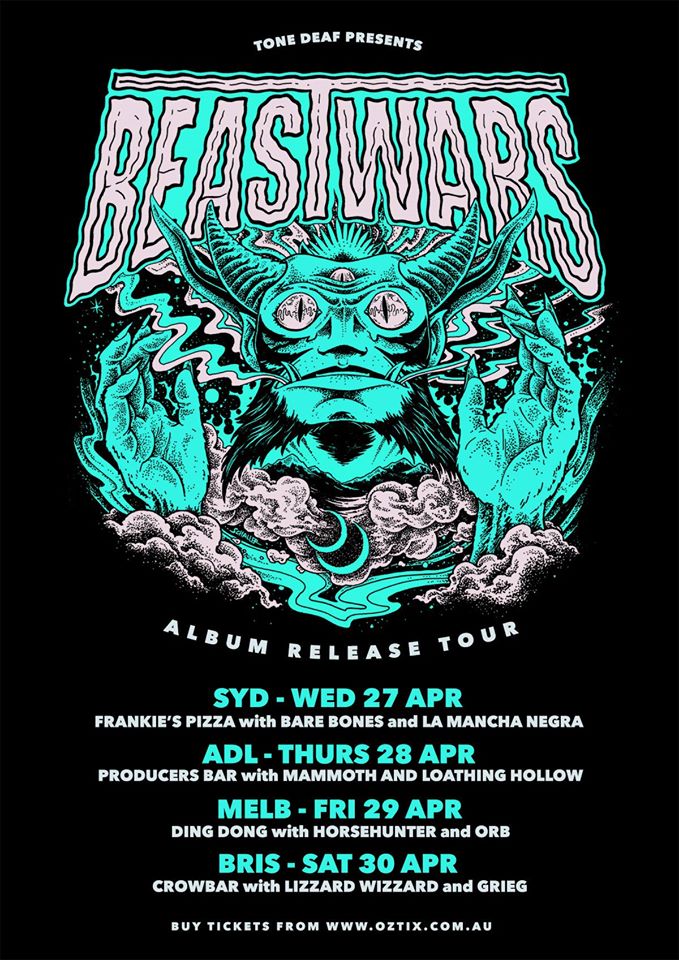