Humming a nameless tune, I tramped up the hill to Smith St from The Tote knowing the tram was long gone and cursing my editor’s name to hell. He pressured me into reviewing this show and staying out later than I wanted. I am stuck and it’s all his fault. Checking the tram times on the corner, I wished I had a mate called Zed so he could ride my editor like a chopper and lock him in a box, caught myself humming the same tune. $43.75 taxi dollars later I was home brushing my teeth and planning on how I would kill my editor with my sharpened toothbrush, sharpened prison style. What was this tune I was still humming?

I like Tarantino, the way he can mix his narrative and make a story so much more interesting. I bet it doesn’t work for gig reviews though. I was late to the gig. I would like to blame the public transport, but it was my lazy bones. That’s right, it was my lazy bones that made me late. Lazy bones is a real condition, Cartman understands as he has a similar condition, big bones. That’s why I missed the first band Ten Cent Pistols and 90% of the second band, Fried Goods. Sorry guys it’s not my fault, blame my lazy bones. I did catch enough of Fried Goods last couple of tunes to know I would try and catch their Dead Meadow, Witch (the one J Mascis drummed in) style, psych-stoner meanderings at a future time.

Over my meal of minty toothpaste goodness I realised the tune I was
humming was “The Plague” by Holy Serpent. I have to admit Holy Serpent was the main reason I was at the Bendigo Hotel on a week night. They’re four shows into their career as a band and have already gathered a following, signed a record deal, supported an international band in Sweden’s Truckfighters and were embarking on their first tour the next morning for three dates in Adelaide. Pretty impressive cv for a band playing in their fourth show! However I think when you consider that Melbourne’s doom scene has long been dominated by the stoner and sludge sub genres it’s not hard to believe that when a truly talented doom rock, occult, heavy psych band comes along that people would be really interested.

Holy Serpent played a tight 30 minutes starting off with Fools Gold, nothing to do with the Stone Roses, and directly followed by The Plague, not sure if anything to do with Albert Camus? The Plague is 11 addictive minutes of a-grade melody, the mainstays being a riff and a chorus that will not leave you for days. I know. However, the highlight of their show is Shroom Doom which has a tempo and key change that is catchy beyond belief without ever betraying their genre. The final track of the night is a real grower called “The Wind”. This one has increasingly impressed me over the three shows I have witnessed. This is a band you need to see, so you can say “I got into them when no one knew them”. However keep in mind that will be a small window of opportunity. Move quickly.

Speaking of moving quickly, headlining was local punk band The Jacks. Straight out of the Social Distortion school of street punk with a second course of inspiration from German psychobilly punkers Mad Sin. These guys have a live show that could even bring a smile to the face of a crusty old doom metaller like myself. I just couldn’t help but smile as the assembled crew began pogoing old skool, straight from the off when the boys belted through their opening tunes The Only One and Manifesto. Lead man Hayden Smith growls out a snarling vocal from underneath a houndstooth flat cap, not a million miles from Mike Ness (Social Distortion) in style and intent. The bass and drum ensemble includes lock down machine Diamond Dave Davidson (who is a dead ringer for Spinal Tap’s Derek Smalls) and drummer Simmo, who adds the under pinning drive that can power any audience, pushing Smiths considerable song writing talents right over the top. A talent never more noticeable than their rousing finale Rikki The Noose. 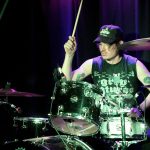 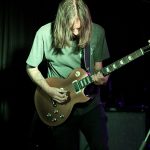 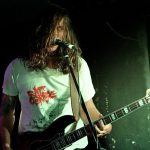 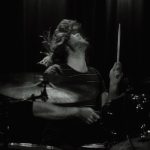 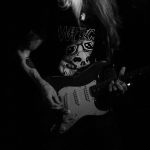 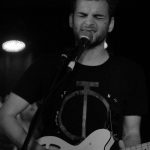 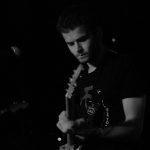 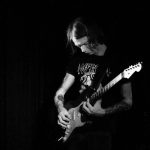 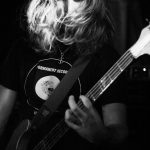 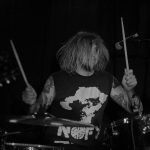 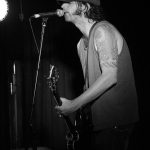 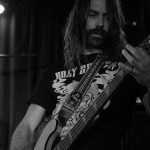