For being the type of cult metal band they are, it could be assumed that Anvil’s entire Melbourne fan base was at the Hi-Fi Bar on Friday night and although it wasn’t a full house, the band put on an intimate enough show that was packed full of fire!

Electrik Dynamite opened the night, with their smooth blend of ‘80s power metal and electric groove; a great choice to support Anvil. The band certainly warmed up the stage with tracks like “Hotter Than Hell” and stage antics that were rocked to perfection, yet they seemingly found it hard to warm up the crowd. Their sound was packed full of sweeping guitar solos, thundering rhythm section and harmonies nothing short of amazing.

Anvil vocalist and guitarist Steve ’Lips’ Kudlow, never falling short (or flat) for a joke all night, was standing side of stage with anticipation, eyes fixated on the crowd with a look of shock and disbelief. I wondered to myself what was running through his head. I couldn’t tell if he was pleased or disappointed about their decision to independently tour Australia but when the long-time veterans of classic metal walked onto the stage the cheer of fans did not let up. In fact, we couldn’t! With the typical comic karma that has surrounded this band since the early ‘80s there was of course one mishap before we could get ready to rock. I watched on as Lips fumbled with his guitar for what felt like a heart crushing ten minutes. There was nothing I could do but laugh and cheer them on with every other Anvil fan in the house!

With no time to waste and the second Lips was finally plugged in, Anvil delivered a highlight performance from start to finish. If you had’ve blinked in the first five seconds you would’ve thought that the front man had vanished into thin air, until you noticed that he’d shot straight down into the crowd to kick off with a pumping speed metal solo among adoring fans. Very quickly any ideas I had about this show earlier in the night had disappeared and inevitably I kicked off my shoes and prepared to rock out until my feet were soaked in beer!

As much as I was instantly blown away by the guy I now refer to as ‘the ultimate dude maaaan’, the show was completed by the matching energy of drummer Robb Reiner and a mysterious bass player, newest recruit Chris Robertson. What a blast it was to see Robertson bolt around the stage with Lips during classic songs such as School Love and occasionally making fun of the singer for stealing the spot light. The band seemed to be embracing a renewed sense of energy on the stage with Lips putting it down to “growing old, no choice but growing up is optional!”

After Lips shared stories including the time he met Dio which may have inspired Ozzy to name the album Thirteen, and smashing out a few songs with exceptional charisma and energy, there was only one thing that could’ve taken this show to the next level… DRUM SOLO! Reiner’s extensive ability of stick twirling throughout the night was cheeky if anything compared to the way he powered on during his solo, dynamic and filling the venue with hype.

The second half of the set became very intimate when Lips entertained us by playing some slide guitar with a shiny chrome vibrator. which was very pleasing to the ear against some psychedelic groove by Robertson and Reiner. The end of the night was seen out by numerous stage dives by one guy whose head I hope isn’t now too bruised and Lips bringing tears to my eyes by saying “I don’t ever want this gig to end man, that’s the real truth”. With that Anvil, we owe you thanks for showing us the meaning of dedication and passion. Keep on Rockin’!! 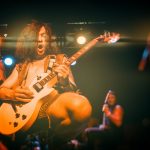 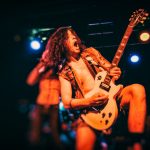 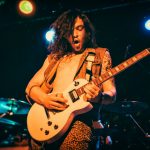 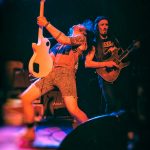 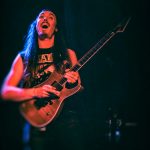 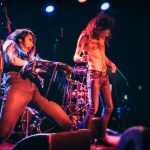 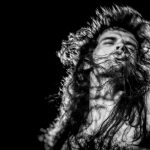 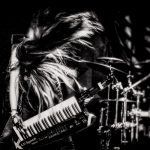 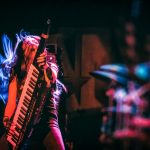 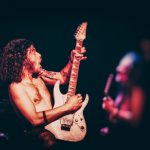 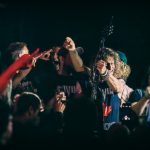 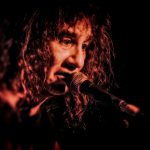 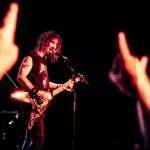 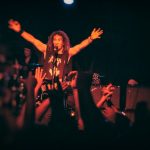 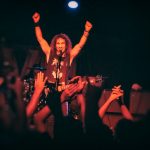 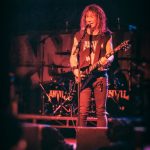 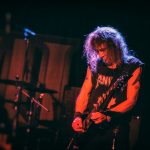 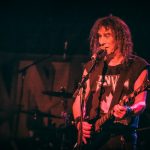 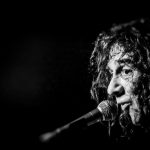 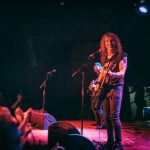 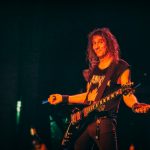