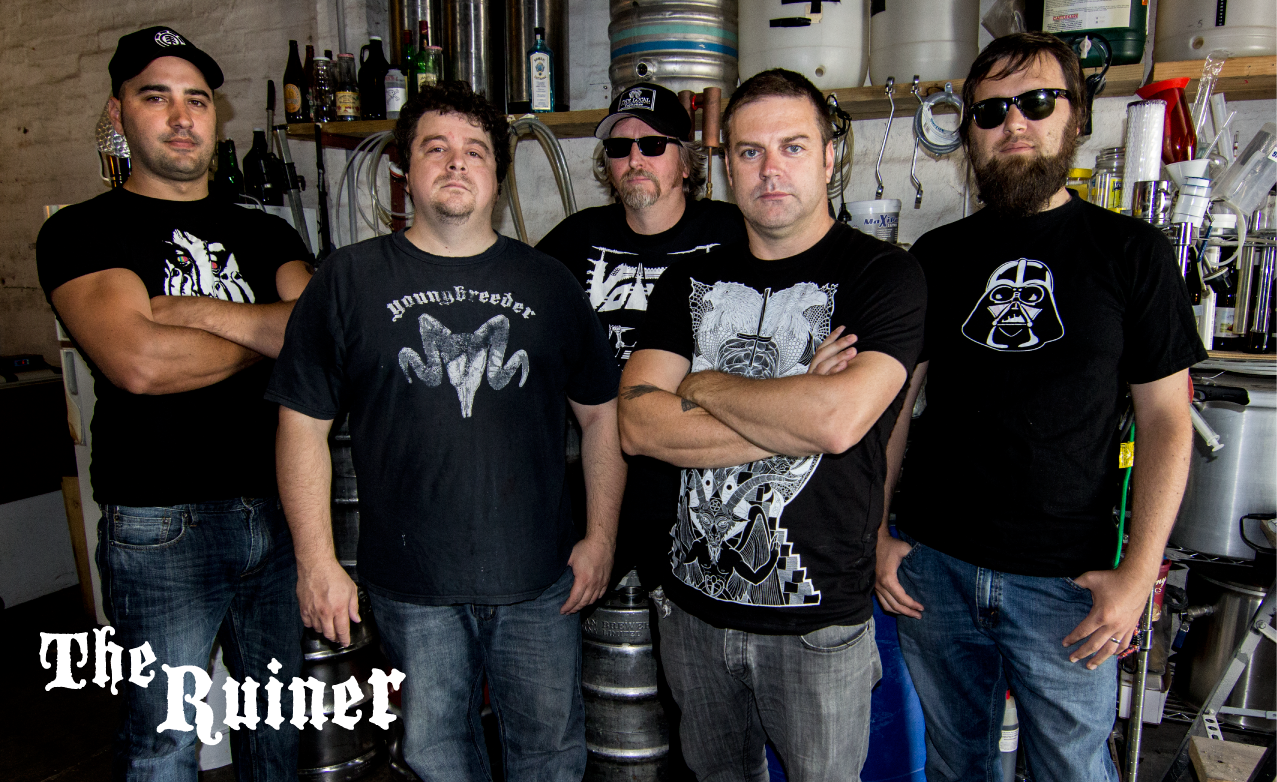 Established in 2013, The Ruiner were originally brought together to play a one-off show as a tribute to legendary death / grind / stoner band Christbait (1989-1996). They appeared under the moniker Dirtypunkmutha, the name of Christbait’s 1996 release. Somehow, amid much arm-twisting and promises of fame and fortune, two of Christbait’s original members decided to get the project off the ground as a proper band.

The Ruiner’s intensity and strength live didn’t take long for them to impress. Having all played together in their numerous projects, The Ruiner boys know each other’s strengths and weaknesses, and fit together well. Their debut album was released Monday 26 Sept 2016 through Desert Highways, with tracks being recorded between Goatsound by Jason PC (Witchskull, Watchtower, Broozer, I Exist) and Toyland by Adam Calaitzis (Blood Duster, Damaged, Dern Rutlidge) , with mixing duties between Jason PC and Billy Anderson (Melvins, Sick Of It All, High On Fire, Cathedral, Sleep). It took a while to get the vinyl release happening as we had a ridiculous idea for the sleeve and we had to find the right person to hand make each one! We finally found KDS Designs! We think the wait was worthwhile!

Private stream of the debut album through Soundcloud